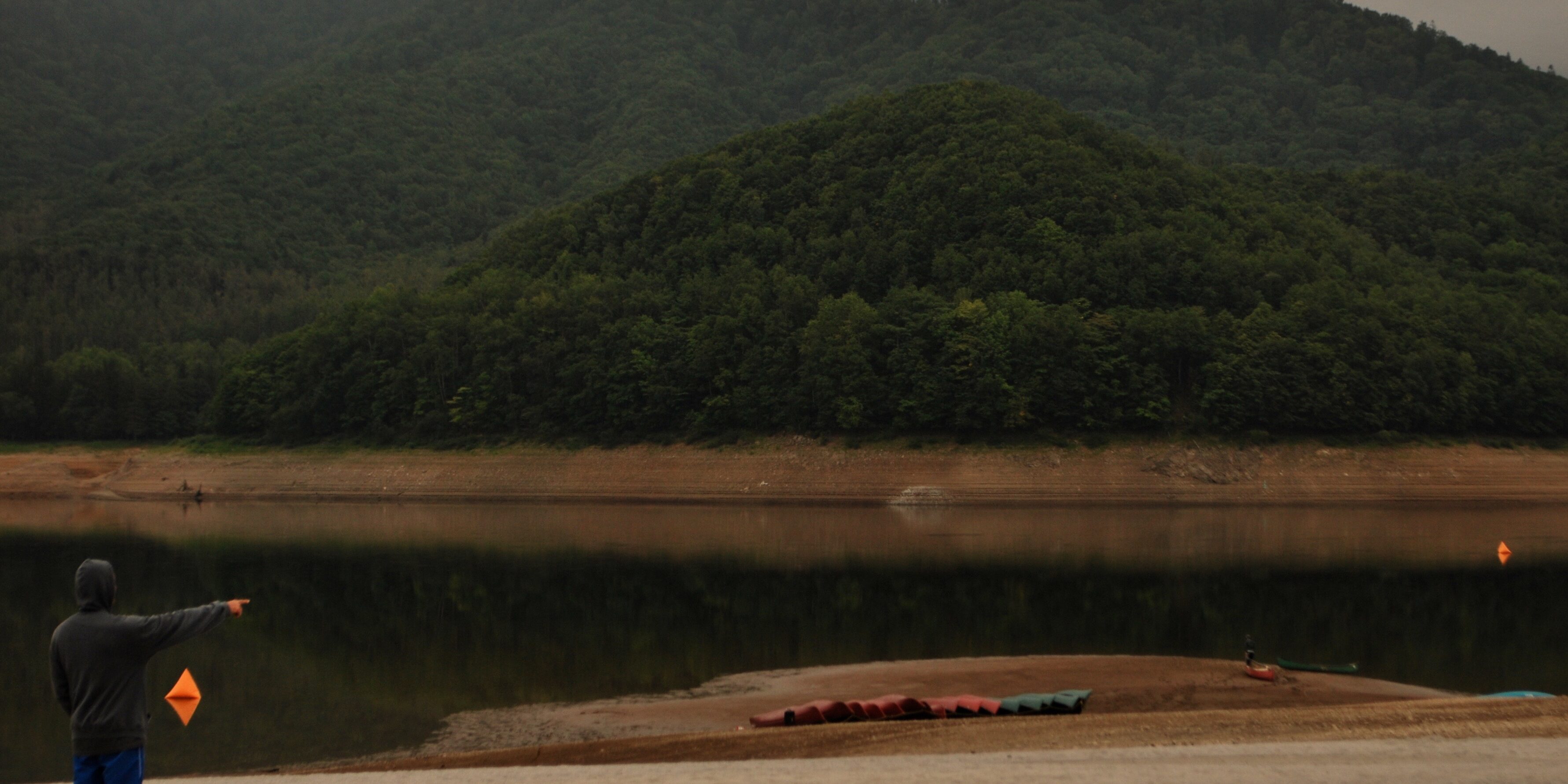 When I first heard a year ago about a new location for xterra Japan, I had the perfect excuse to plan another extended visit to one of my favorite destinations in the world. This was my 6th trip in the country in 4 years, and despite an embarrassing lack of progress in Japanese, I do feel like I have a second home here. And once again the trip lived up to and even beyond my expectations.

After spending the first half of the year preparing for and racing on the IM circuit, it was a welcome relief to be back on fat tyres and playing up and down muddy trails. I must have ridden my mtb 4 times max since Maui 10 months prior but I knew I had the fitness after a decent result at IM Kalmar.

In 2012 the race was in Marunuma, in the Gunma prefecture just a few hours outside of Tokyo, and it felt as remote as can be, with even a bear attack to add authenticity. This year it took place in and around Lake Kanayama, about 3 hours drive from Sapporo, Hokkaido. It didn’t look as stunning nor as remote as Marunuma, but still we had a nice enough background to play with. 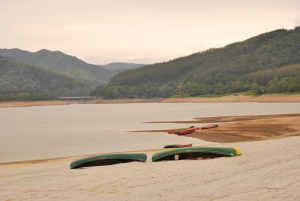 (all pics courtesy of my beloved Silvia Gin) 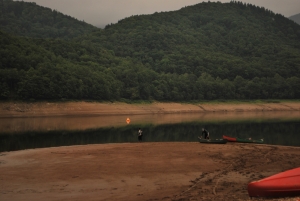 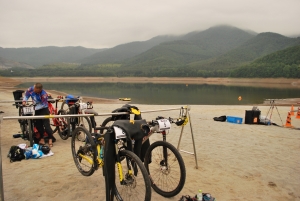 2 times olympian and overall triathlon legend Courtney Atkinson was the last minute addition to the pro field and de facto clear favorite, along with local hero Takahiro Ogasawara who won the race in 2012. I’d missed the allocated one hour slot to taste the water in the previous days, so I wasn’t too sure of what to expect. Everyone seemed quite worried with a Tº announced at 15ºC, but for me the main issues turned out to be the mud, a pair of foggy goggles and my poor sense of navigation…After a short confusion before the start, we left Atkinson do his thing and opted for a more relaxed start (!). 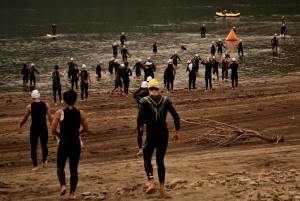 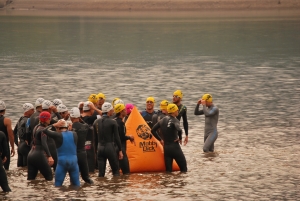 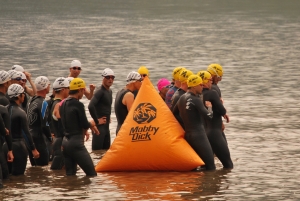 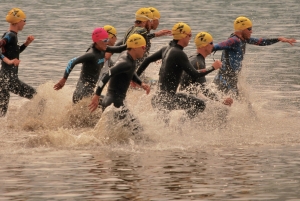 Believe it or not I took a wrong turn at the 2nd buoy while leading the chase group, and found myself going against the flow (!) before going back on my tracks….By the end of the 1st lap I was back in the chase group, and on the 2nd lap I slowly made my way to the front to exit the water in 2nd, though almost 3 min behind Atkinson…After Kalmar this was the 2nd race in a row where I swam some extra bits…not necessary! 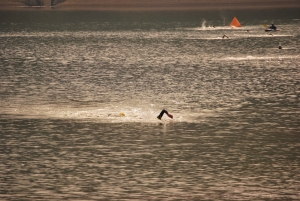 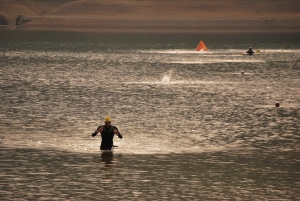 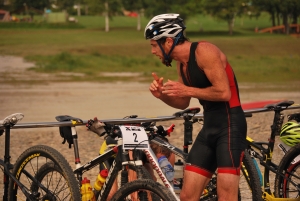 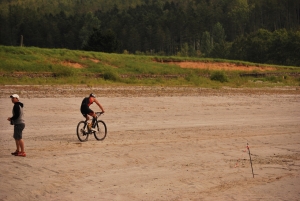 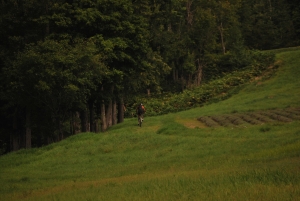 Out of T2 I had my work cut out and had to give it all on the bike, especially with Takahiro closing down on me with every technical mistake I did. The course really suited me though, with long climbs and not so technical descents, and I did push as hard as I could. 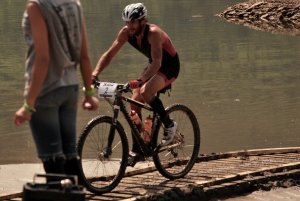 Eventually I reached T2 together with Courtney, which made me feel proud, but unfortunately I didn’t get much chance for a battle as I watched him fly on his own out of T2, no surprise with one of the best runners in the sport. I did have a rather good run actually, but in a different league. Still I was happy with 2nd place, only 2 min behind a triathlon legend, and well clear of Ogasawara this time. Most likely the race where I had the best sensations this year (little did I know at the time what the next day’s trail run would bring to me…).

Here’s a nice video recap of the race: 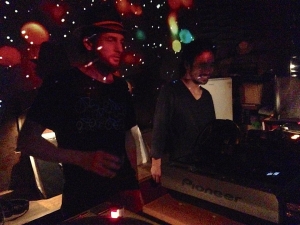 As per tradition the next 2 weeks were dedicated to partying and dancing, with a tight DJ schedule of 6 gigs in 8 days, in magical spots in Tokyo, Fukuoaka, Kanagawa, Kiryu. And once again those gigs proved memorable, meaning I will be back time and time again, luggages full of records…and possibly with a bike too, depending on how the 2016 season turns out!

As per tradition the next 2 weeks were dedicated to eating, digging, partying and dancing, with a tight DJ schedule of 6 gigs in 8 days, in magical spots in Tokyo, Fukuoaka, Kanagawa, Kiryu. And once again those gigs proved memorable, meaning I will be back time and time again, luggages full of records…and possibly with a bike too, depending on how the 2016 season turns out! 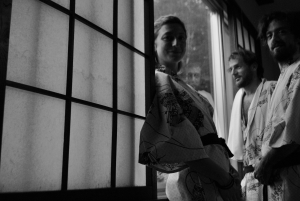 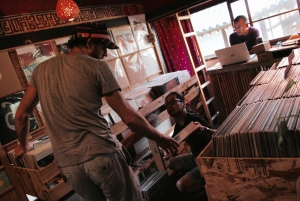 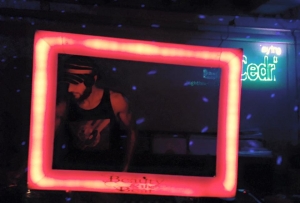 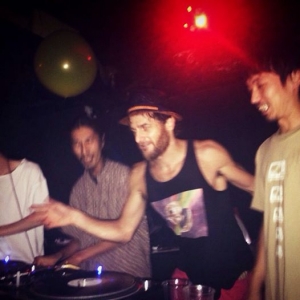 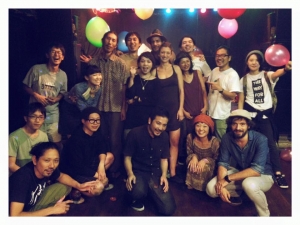