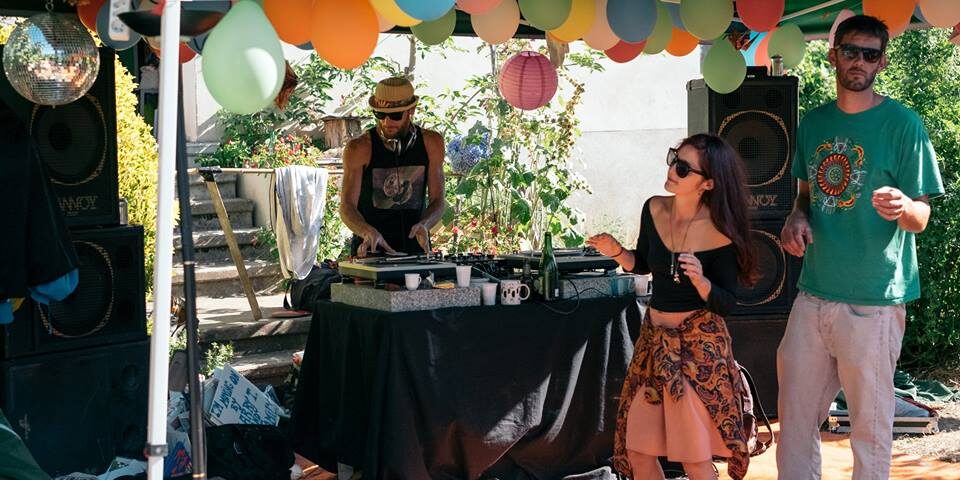 I was recently asked by my friend Jim Lister to write a blurb about some of my favorite dub records for his recently launched Version blog, and since dub has always been a major influence in my life, I was more than happy to comply, and here is what I came up with:

For our 4th installment of Dub Influence, we have a man of many talents. In the late 90s, Cedric had his own dub themed radio show on the French airwaves called ‘Earthquake’ where he joined the dots between all styles of dub and dub influenced music. In true VERSION style! I first came across Cedric as part of the Voices DJ/party collective in the early 00s, and not long after as part of the Lucky Cloud sound system crew who put on the wicked David Mancuso Loft parties at The Light Bar in Shoreditch. There’s also Cedric’s legendary Beauty & The Beat crew who just last weekend celebrated their 10th anniversary with a very special party in East London. Cedric also spins and programmes the nights at the wonderful Brilliant Corners venue in Dalston, where VERSION takes place. Plus the man is also a hardcore triathlete! Multi-talented and then some. For his ‘Dub Influence’ chart, Cedric has blessed us with a truly epic selection of 20 tunes, so make yourself a cuppa and I’ll hand over to the man himself. Take it away Cedric…

Also known as “Ay Ay Ay”, though not exactly a dub record (this came out in 1969 after all!), this certainly sounds like nothing else, featuring reverb, echo, incomprehensible lyrics, bird whistles, mouth noises…some proto Black Ark wizardry right there! First heard played by Ade at Balance and a Beauty & the Beat classic ever since, this is as psychedelic as can be.

One of many Lee Perry masterpieces I could choose, one of the most important men in dance music history imho. ”Jah is I light and salvation, whom shall I fear?”

Bought from Channel One sound system right after they played it at one of their carnival sessions. The crowd went mental. Sounded like techno in there.

Joel Martin played this during an after party at mine some years ago. Irresistible nyabinghi Jah music. Needless to say how ecstatic I was for the recent reissue.

Channel One sound system at carnival on Monday circa 6pm. Anthem.

Always had a soft spot for Mikey. Classic.

John Martyn produced by Lee Perry in the golden years of Island records. Out there and absolutely brilliant.

Heavy sound system tune that is, with an unforgettable bass line. This used to open many a blues dance during my spell in NYC in the late 90s.

Larry Levan and François K’s productions were equally influenced by dub, and gave us many a masterpiece. This is one the best mixes of all time imo.

A rather unexpected dub excursion by the Stones, feat Sly Dunbar on percussion, played by Mancuso at the Loft.

Not much info on this one, an early 80s punk-dub affair on Virgin France that is really quite a bomb.

The whole ‘Echoes’ LP is an ultimate ‘desert island’ album, recorded at Compass Point Studio where dub was pretty much the basis of every production. First heard on FK’s seminal Essential mix… this is a huge fave.

Memories of my first paid DJ gig circa 95 where I played this to a strictly roots reggae crowd. This might not sound too adventurous but it was, and it worked!

Shamanic dub for the changa soldiers out there.

A bit of a secret weapon of mine, that still destroys all the right dance-floors. Super fat. On U Sound magic.

My friend Nao got me the CD about 15 years ago and it has followed me in pretty much all my travels. Cult in Japan!

There was a big live dub scene in France in the late 90s, spearheaded by bands like High Tone and Zenzile. This is bass heavy and still very melodic… big memories of my student years.

Rhythm & Sound’s showcase cd was a staple in my car when it came out. This is not on it but it does hit you in all the right places indeed.

Next level digital dub from the late 80s. Haunted and funky, way before dub step came along!