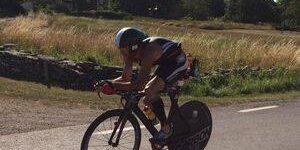 6 weeks after the huge deception of a DNF in Nice, I could finally toe a start line again and put that race in the past. Here I was in Kalmar, Sweden, roughly half way between Stockholm and Copenhagen, an unknown part of the world for me, with a vague expectation of a top 5, a sub 9 h and a sub 3 h…Finish at the very least!

I enrolled my dad for the journey to one of the most civilised countries on the planet, one that seems to live on berries, mushrooms, salmon and alcohol. At 6-7 euros a beer, this is not exactly the cheapest place around, but luckily we didn’t come here to get drunk. 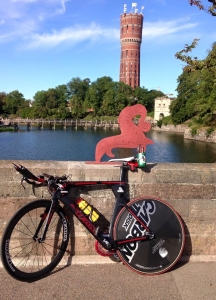 Being a pro superstar, I was offered to stay in a local…cycle club, where we could choose between putting our mattresses in between the Watt bikes and the dumbbells, or in the ‘lounge’ area, decorated with vintage pics of the Kalmar velo club members circa 1980 (ça vaut des points!). Being the first ones arrived we chose the latter and let our 3 Slovakian flatmates (sic) in the sweat room. Not very rock’n roll I have to say 😉

Apart from that the whole organising team – the whole town actually – has a lot of love and passion for this race, it feels a bit like a festival, albeit filled with triathletes parading across the cobbled streets in compression gear. Before, during and after the race, you never know what could happen. 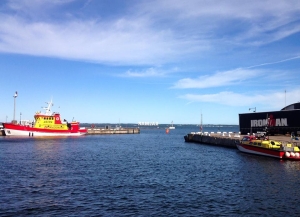 The race start is in the harbour, with a swim course that has to be the most complicated ever. I got lost during the recce, unable to see or identify the right buoys  in a very choppy Baltic sea. On race day the kayak was there for the lead group (2 guys), but no one for the 2nd pack, and sure enough we lost our bearings fairly quickly, stranded on rocks then lost in the deep end with no idea where the next buoy was. I did stop about 4 times shouting for directions, and I believe we swam a good couple of hundred meters extra. A shame as I was feeling rather good, but the result was a 1:00:10 swim. Personal worst by a good 5 minutes. Granted, this course is great for the spectators (sic).

Out of T1 I was already 9 minutes down on the leaders, and with a flat and windy bike loop on the menu. This was my first race ever with a disc wheel (thanks Lars and Vincent!), and it does feel faster, but when 80% of the course is with a side wind it quickly becomes annoying. After barely an hour I found out that I couldn’t hold the aero position without having to stretch every 5 minutes. Not fun. By K60 I was ready to stop ironman for ever, and the rest of the ride was mostly an inner war with my mind. Also I somehow decided to take a wrong turn and ride an extra 4 k, by which point I was really starting to wonder whether 2015 was a doomed year (after being sick in the Philippines and in Nice, and forgetting my kit in Mallorca), until a succession of caffeine gels got me through the last 20K in a slightly improved state. I left T2 in just under 6 hours, meaning I still had a chance to achieve some of my goals (see above) 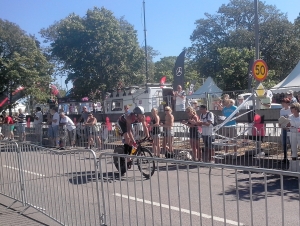 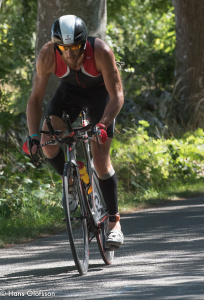 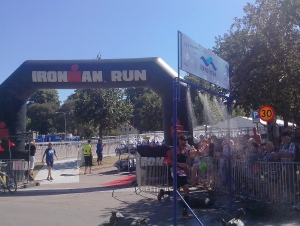 On my feet at least I felt good from the start. A bit too keen actually as I cruised the first 10K in 39:30, before fading inevitably until I was ‘forced’ into a 400m ‘sprint’ to the finish line to ensure a sub 3 hour marathon…2:59:56, goal achieved! And a 6th place for a sub 9h finish!

The moral is, never expect an ironman to be easy, whatever the course you will always go through the whole range of emotions, from total despair to euphoria. Ultimately nothing beats reaching the finish line, and very quickly you will forget about the ordeal and start planning your next ironman…but believe me I will make sure I have fun at xterra Japan before that!