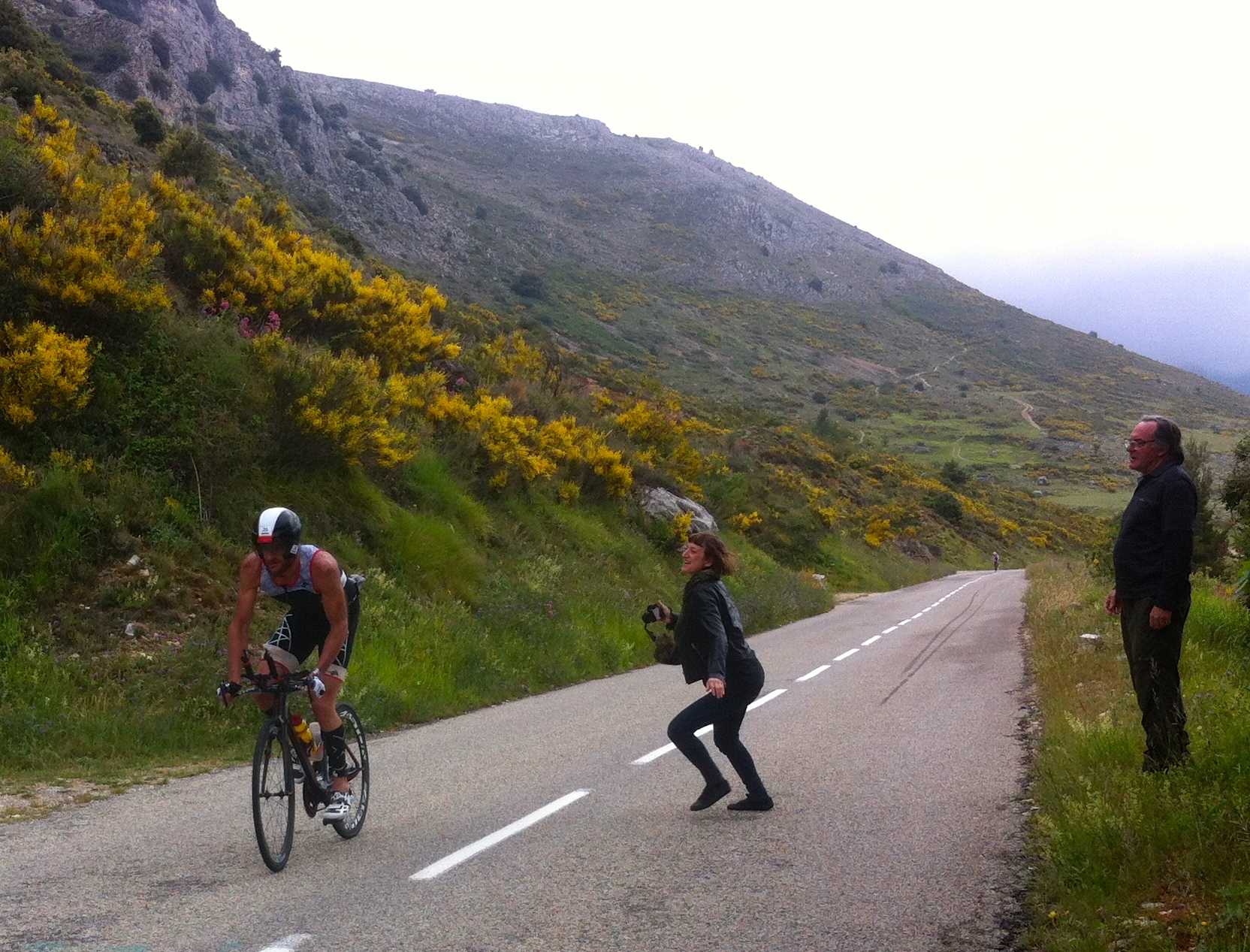 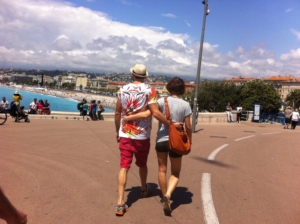 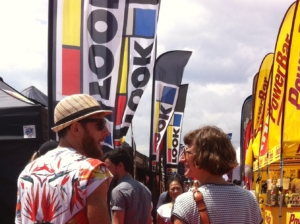 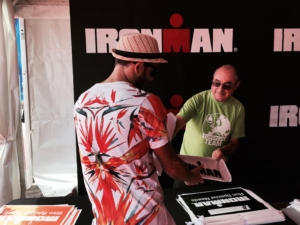 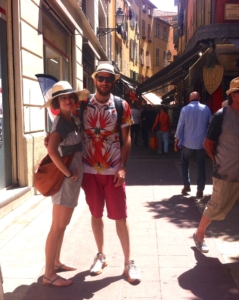 Having Silvia and my parents with me gave a huge boost to my confidence as well as my ability to relax; we even went to the cinema the evening before the race (to watch Wim Wenders’ unmissable documentary on tango, ‘The Last Days of Tango”) ! Suffice to say I don’t think I saw any other triathlete in the cinema ! Easy light pasta meal in the evening, in bed by 11 and sleeping not long after, perfecto. Up only 4 hours later but feeling good, game is on! 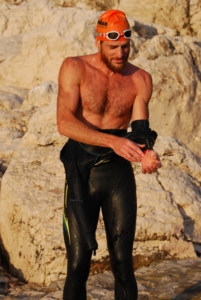 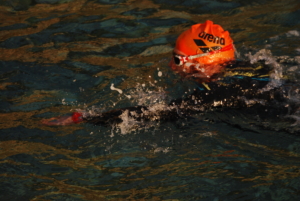 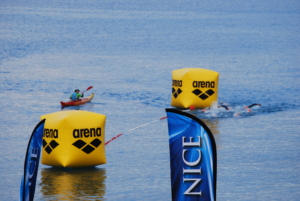 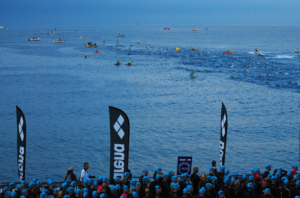 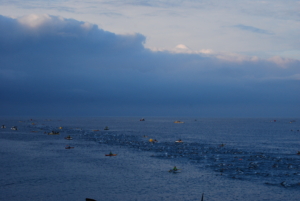 Feeling rather relaxed in transition as a result, I headed out towards the start (which can be a long slog with some 2800 triathletes doing so almost simultaneously) eager to get a good swim warm-up. As I neared the beach and walked over the timing mat I heard no sound and realised to my horror that my timing chip was NOT on my calf. I slept with it, got into T1 with it, but now it was nowhere to be seen. After a glimpse at the time (6:05am for a 6:25 start) followed by a brief but necessary burst of poetic 4 letter words, I had no other choice but to charge against the current of triathletes, wading and pushing and swearing but going desperately nowhere. Almost possessed I jumped over the barrier and sprinted over to where I just deposited my belongings, screaming for my number, emptying the bag inside out…no f***ing chip! Must be on the floor next to my bike. Gotta be! But transition is closed, the guys won’t let me in. I forced my way in nonetheless, sprinted to my bike (beating my 200m running in a wetsuit PB in the process) and spotted the chip carefully wrapped around the barrier (must have been a tad too relaxed when I put on my wetsuit). Thank fucking God! More sprinting, wading, pushing ensued (with the current this time but minus the swearing) and I got on the beach at precisely 6:15. Just when we had to get OUT of the water. I dived in anyway, but only had time for a few strokes. Good thing was I wasn’t stressed at all anymore while lining next to the likes of Billard and Van Lierde. But why for the sake of God something always has to happen ?!

Regardless of the format, xterra, 70.3 or ironman, the swim goes down pretty much the same for me. I start quite fast then tire out quickly and find myself unable to follow the group I want to be in. No deviation from the norm this time, as I started to feel heavy and wonder what on earth (water actually) I was doing about 400m into the race…The same question always comes back – “why am I doing this ?” – but you have no choice but soldier on, don’t you, and luckily this time I found myself with Olivier Marceau (I never imagined I’d be able to one day swim alongside a 3 x Olympian !) and Christian Bader and we kinda took turns at the front until the 2 lead female caught us and dragged us nicely to the shore (t!). Might as well as I’d started cramping at the end of the 1st loop (2.4km), and was forced to swim the last kilometre with my right calf fully seized up…Running cautiously towards T1 I was then pleasantly surprised to see that we swam just under 53:00. Not too shabby!

Out on the bike I quickly caught up with Marceau, Bader and Jeannin, then briefly took the lead of that group before Del Corral (2nd in Nice in 2015) took over, soon followed by Vistica (Embrunman winner in 2015). I knew these were the wheels to follow for as long as I could hang on, and luckily I felt quite good. Slowly but surely Visitica started to pull away in the col de l’Ecre, but as I was in front of Del Corral till at least halfway up the climb, and had them both in sight until the summit I knew I was going quite well. Only problem being that I was on my own for my least favorite part of the course, the long drag of mostly descending and deceiving false flat where you have to either be super strong like Anthony Costes (who did the whole climb stuck in the 55/16 (!) and flew by me in that section), or in a group like Wouter and Billeau, who caught me just before the 2nd major difficulty of the day, the Côte Saint-Pons. I was soon riding solo again, but managed to see all the guys in front of me, race leader Billard included, as I reached the turnaround. Having done this course numerous times (though not in 2016) I knew that once you’ve passed Coursegoules you’re pretty much done and all you need is to focus on a risk free descent (luckily for us on dry roads) and cruise into T2. For this reason I rate this course as a much easier one than Lanzarote’s, not even mentioning l’Alpe or Embrun. 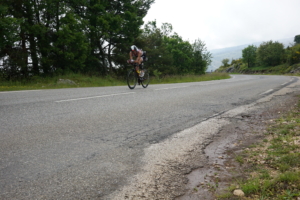 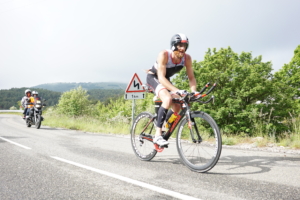 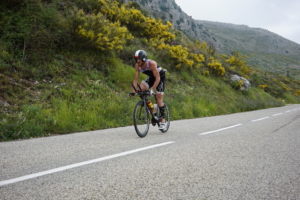 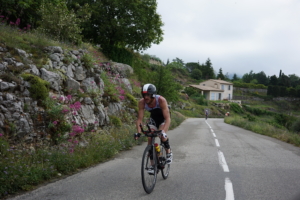 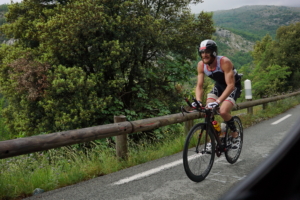 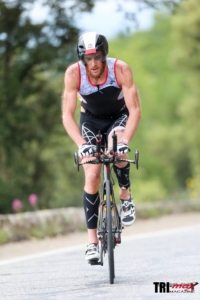 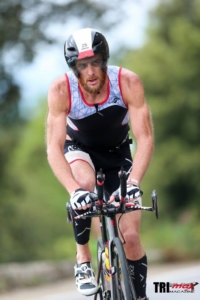 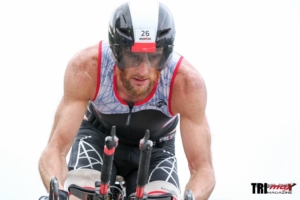 Vistica had a mechanical in the descent and once he caught up with me we finished the last 20k together, arriving in T2 some 15 min behind the leader. Game on I thought, though I was mainly focused on myself rather than the others. Tt is really easy to get carried away on this first (of 4) lap of the promenade, as you’re running pretty much on your own and so get all the attention from the crowd all along the course. The running legs seemed to come in pretty quickly meaning I reached the 5k mark in 19:15; I knew that was too fast and forced myself to slow down. The section between K15 and K25 is the hardest in an ironman’s run mentally I feel, as you’re still unsure whether your pace is sustainable or not, and indeed this is where I lost most of my time, not because I felt tired but because of being too cautious. Ultimately this probably cost me 2 spots. But I knew pretty much all the way I would be well below 9 hour, running just under 3 hours, and as I saw people in front either quitting (Billard, Banti) or blowing up (Pasteur, Costes) I could feel that a top 10 was doable. I upped the pace for the last 10k without much trouble, and finished strong with a big smile, taking it all in. What a joy to finally cross that finish line, furthermore in a good time and position (11th overall and 9th pro), in front of my parents and girlfriend. One of those rare occasions where everything goes pretty much according to plan, suddenly giving all those litres of sweat lost in training a reason to be. 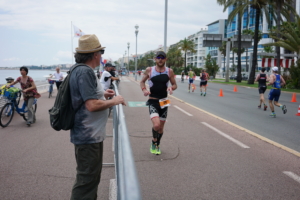 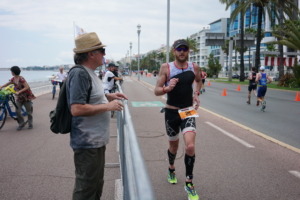 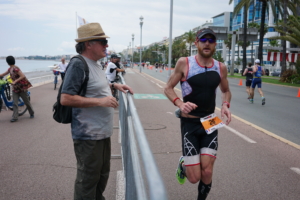 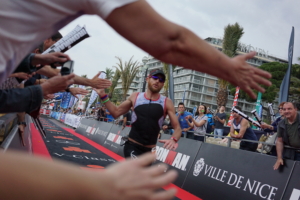 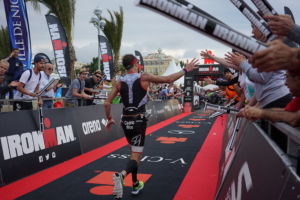 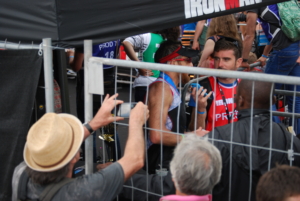 Oysters, seafood platter and wine at the Cafe de Turin completed the day, followed by a week of rest/party in Portugal. Soon enough it’ll be time to think about the next challenge. 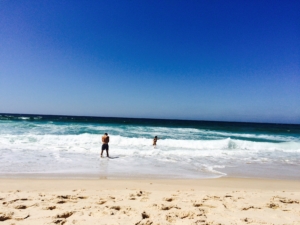 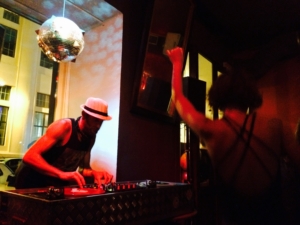