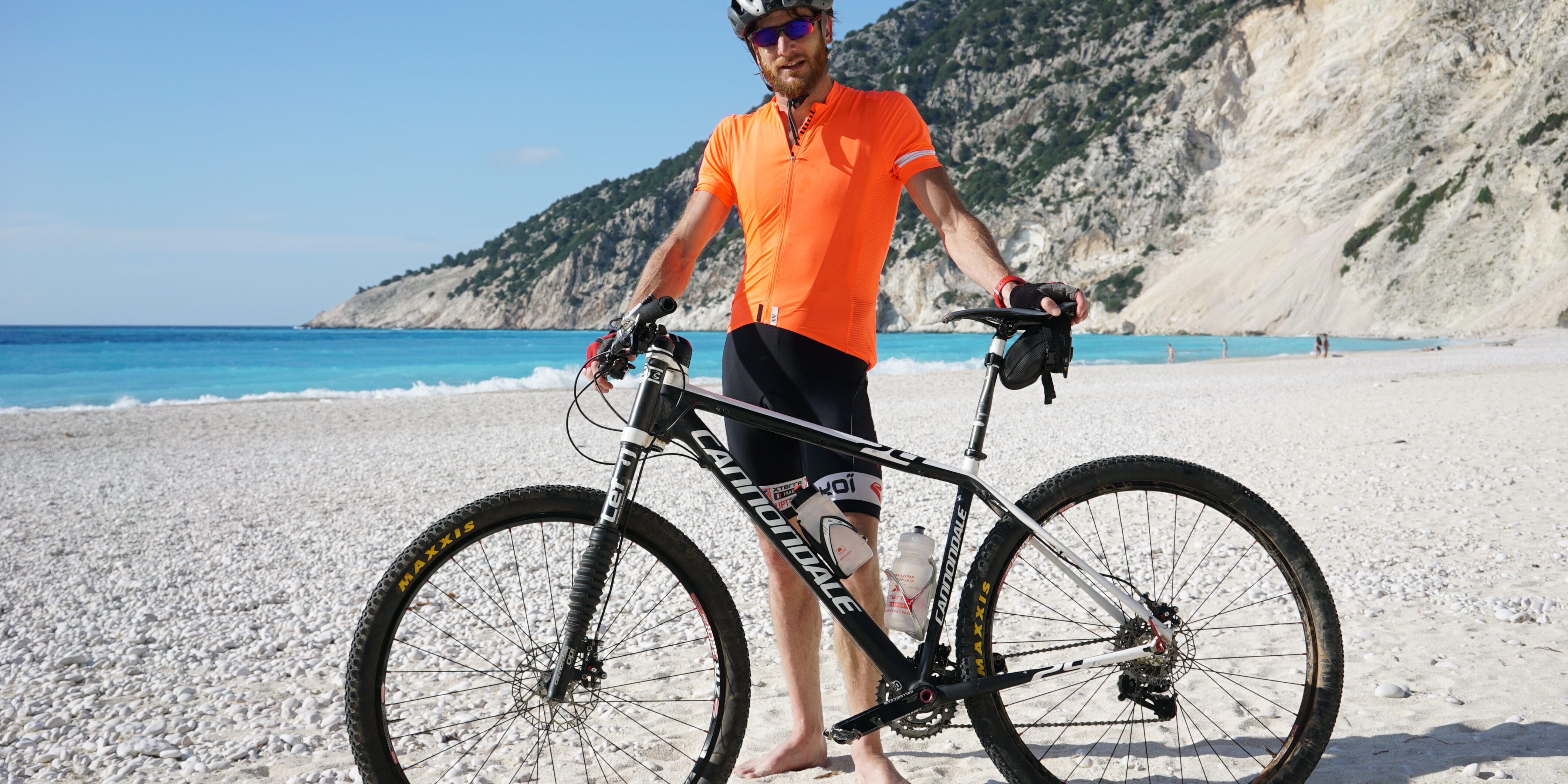 As much as going to Malta was a very last minute (and well misjudged) decision, xterra Greece was very much part of the ‘plan’ set at the beginning of the season. A brand new location following 3 years in Lake Plastira in central Greece (where I raced in 2013), this was the perfect excuse for a fun sunny race followed by a week of holiday with my babe, a month before IM Nice. In fact I was so excited for the road trip across the Peloponnese following the race that I recorded a 10 hour + mix to ensure a perfectly adequate soundtrack!

Silvia and I rented a nice apartment overlooking the Aegean Sea in Vouliagméni, just south of Athens. In fact the location is barely 45min from the Acropolis, a kind of of rich neighbourhood featuring quiet residential streets, a nice beach (site of the Olympic triathlon race in 2004), a whole bunch of restaurants and (last but not least) a very fine bakery, but also a few hills and mtb friendly trails. And a beautiful lake with natural hot springs! 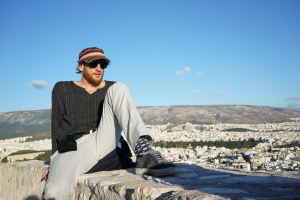 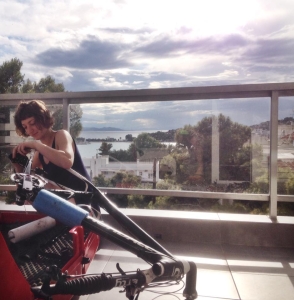 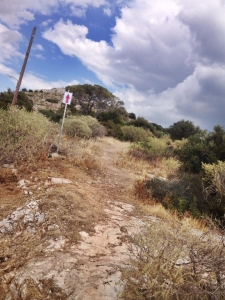 I am sure Nico Lebrun had a lot of fun designing and putting his stamp on the courses, especially the run’ where he had us aim straight for the summits, scrambling through rocks and all. Not exactly my favorite running ground, but good training for the Norseman in any case!

The journey to the start line was as eventful as ever though. Following xterra Malta I went to my local bike shop in London to change what I thought was a damaged BB30. After 2 weeks I got the call announcing that the BB wasn’t in fact the issue, as it was actually the BB shell that had delaminated from the frame. Yep. A few bike shops and a call to Cannondale later, I was told that nothing could be done and already looking for a 2nd hand bike on eBay. My beloved Cannondale Flash from 2011…Then with a week to spare I thought I might as well ask my man, mtb guru and fellow xterra athlete Peter Hawkins whether he could operate his magic one more time (having already repaired my frame twice). Send it over (to Bristol) he said, this looks like 50/50. I promptly executed and sure enough the bike was fixed in no time and returned the day before our flight to Athens. Cannondale said no way, Peter said yes. Genius. Legend.

At least I arrived in Greece with a bike. But despite my best efforts (as well as the official race mechanics’) the rear tyre wouldn’t go up, latex leaking from pretty much everywhere.  The evening before the race I was actually resigned to use an inner tube and decided to go to a bike shop (34 bike shop) to at least buy a tube with a removable valve core to be able to inject some protective liquid inside. The guy asked me why, I explained, and he said he was confident he could make the tyre tubeless. It was 8pm. I said let’s try. After some deep tyre cleaning, a new rim tape, a new valve, and some serious professionalism, the tyre was sealed neat and tight. 9:30pm the night before the race, easy! Reminded me of the night before a 70.3 in Puerto Rico where my dad had to buy some glue tape from a corner shop at 11pm to fix a hole in a tyre… 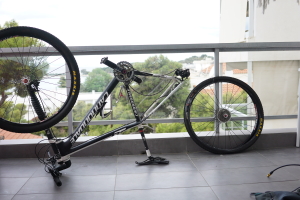 After all this customary pre race excitement my mind was at peace and I could manage a decent sleep, waking up rather fresh on race morning. A nice change from Malta where I was barely able to stand! I didn’t swim any better though, losing the (2nd) group after the 1st buoy, and swimming on my own the remaining 1200m, pulling Coddens and Forrissier along the way. Almost 3 minutes down on Serrano and co in T1. Not good. 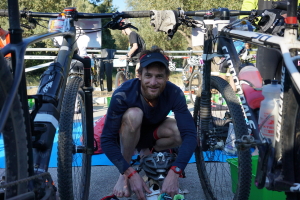 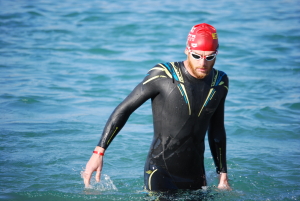 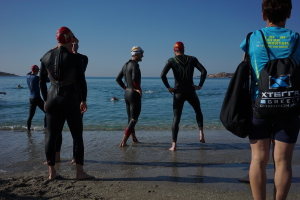 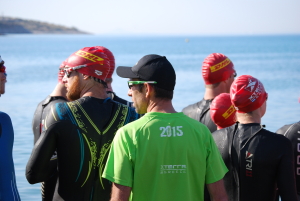 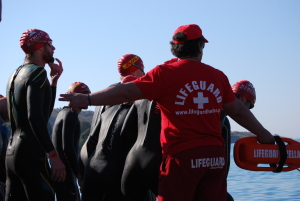 Sadly not able to follow Arthur and Kris (being once again the slowest one in transition by a country mile), I set the ‘chase’ on my own, gradually moving up the field until I finally passed familiar faces (or rather bums) like Rory Downie’s or Julien Buffe’s (even overtaking Julien twice as I managed to crash in front of him right after the first pass!). Good to feel ‘à l’attaque’ at least even though the legs were still not quite there, as I cruelly realised when Tim Van Daele and a Greek rider flew past me in a climb. Just when I thought I was going well…
The good news is that I had a decent run, walking the steeper sections but pushing on the flats and downhills, catching 4-5 guys in the process to post the 3rd run split and finish in 8th position overall, sandwiched like the ‘ic’ in between Kubek and Kubicek. Pretty much like in Maui in 2014. Back at my level…but a lot of guys have improved a lot in the meantime! I missed the top 7 (meaning prize money) but I cut in half the deficit to Serrano compared to Malta, so this was actually a good race for me. Many thanks to Konstantinos and the team for putting out this great event. 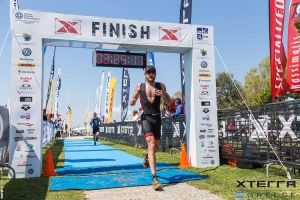 The rest of the holiday was fantastic as expected, including driving south across the Peloponnese via Epidauro, Nafplion, some hiking and riding around the Lousios Gorge in the middle of Arcadia, racing Silvia in the Olympia stadium, as well the surreal beauty of Myrtos beach and Assos on Kephalonia island. Perfect season to travel in Greece, mild temperatures and barely any tourist. Much needed and much appreciated. 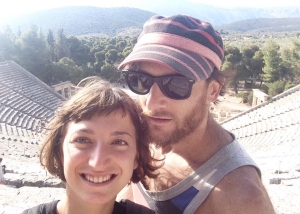 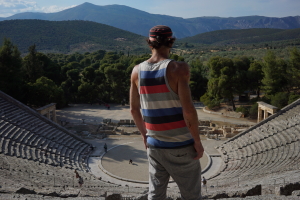 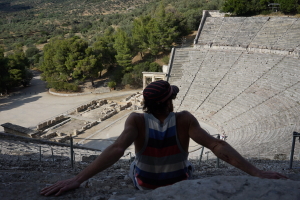 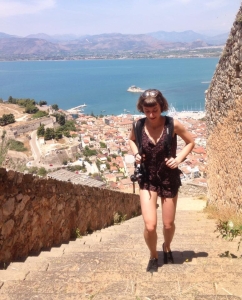 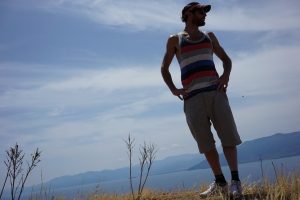 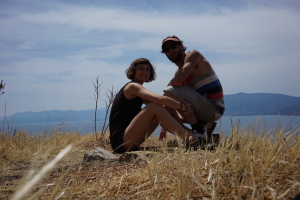 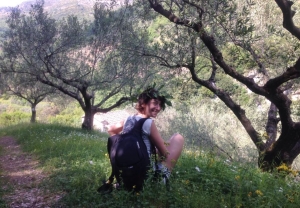 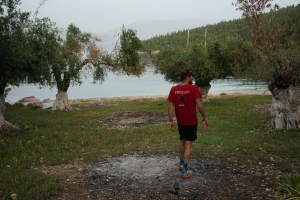 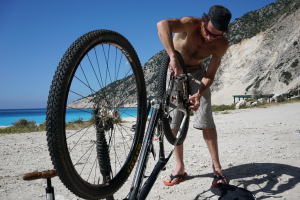 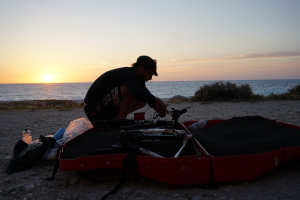