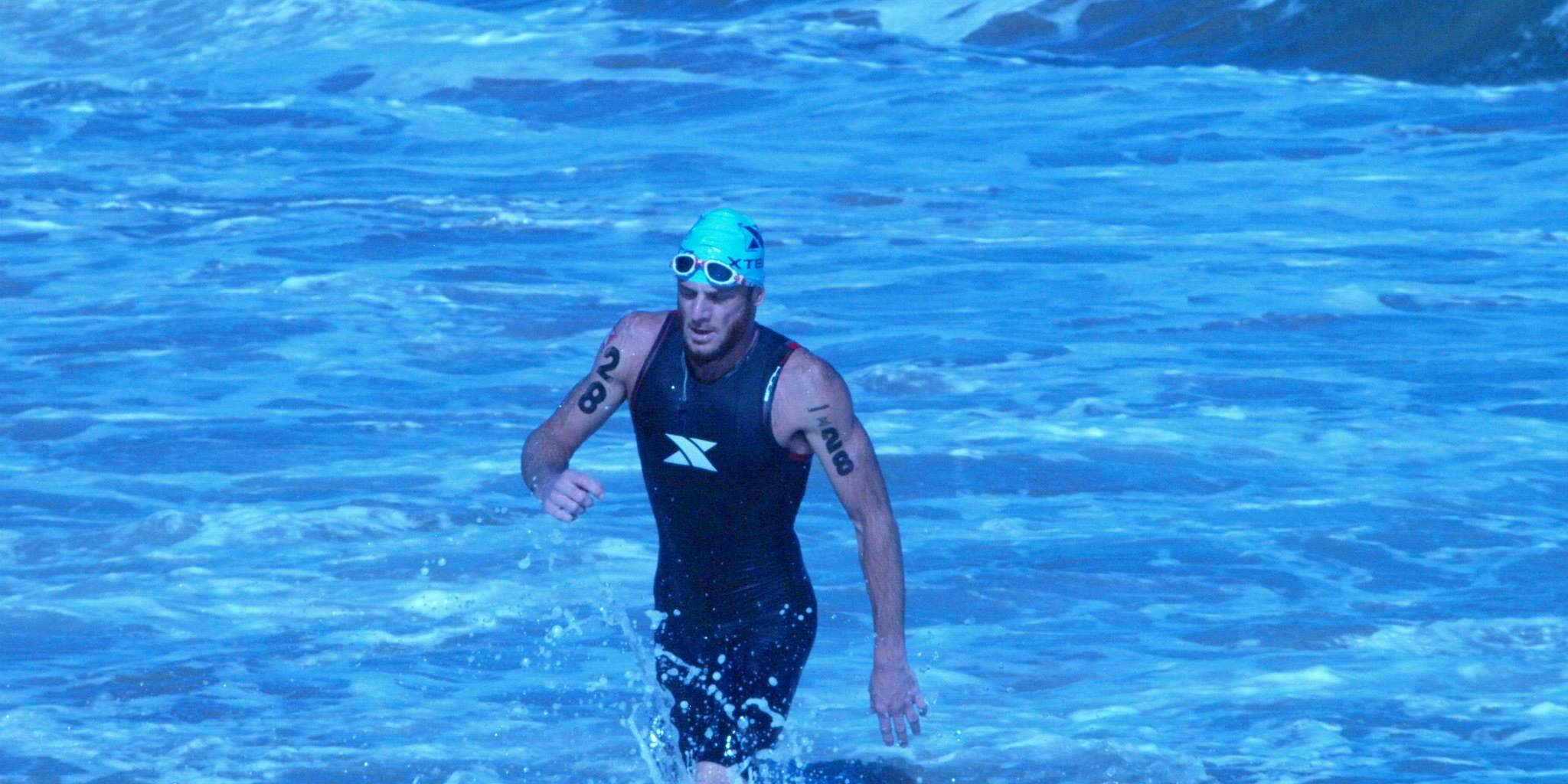 I may have done only one xterra this year (not very successful at that, see my report on xterra Italy) but thanks to some AA flight vouchers I’ve known since February that come October I’d be back in Maui to give this race a (possibly last) shot. My last attempt was in 2011 when I took a wrong turn on the bike and went off course, never to reappear… Unfinished business!

Admittedly the appeal of a return to Kauai and especially to the majestic Kalalau trail has helped equally to keep my motivation levels pretty (very) high.

This time the plan was to stay a week on Maui, to be followed by a week on Kauai straight after the race. I aimed to arrive on race day as relaxed as I could without getting caught up into some unnecessary pressure, and this involved not staying or hanging out with my fellow triathletes. I chose instead to be all cozy with my girlfriend and acclimatise nicely to the tropics, while showing her some of the best spots of the island along the way. Easy.

Four days in Pai’a to start with, the coolest town on the island and a good base to explore the Haleakala craters (surreal!), the Ho’okipa surf spot and the legendary road to Hana. The beach at Baldwin beach park is always a treasure, very raw and unspoiled with mostly locals and barely a tourist in sight. Not much swimming doable due to the high surf but lots of great fun in the waves – perfect.

NB: the bike shop there is great too, had to go a few times after my chain snapped and the bike was serviced perfectly.

Next stop Napili, a mere 5 min ride from the race start. Not exactly the most authentic part of the island with miles of condos, hotels and private beaches, but a necessary stop as I needed to recce the courses. Got there too late to do the bike course (closed) so it would be run on the Thursday and bike on the Friday (1/2 course) and Saturday. Lots of rain this year made the bike course slippery AND sticky as ever in the days preceding the race, ensuring a bit of panic decision amongst the athletes, as to whether to opt for mud tyres or fast rolling ones. I had just put on a pair of Maxxis Icon and so decided to keep those, but I could have gone either way.

Come race day I wasn’t overly confident, but raring to go nonetheless. The swim was very bumpy with a lot of surf and I never felt comfortable, unable to catch any feet and also pretty confused by the swim course (why didn’t I listen to the pre race briefing?). No drafting for me then, but I somehow got out near my usual spot, some 3 min behind the leaders. Could have been worse as I don’t think I’ve ever had a good swim when wetsuits aren’t allowed. Still I had my work cut out and was ready to dig and take risks. It took me about 5 miles to finally catch up with the women’s leader Flora Duffy (looking super strong), just before my friend and top rider Llewellyn Holmes flew by me. I somehow managed to stay on his wheel and we pretty much did the rest of the ride together. I wasn’t feeling strong at all as I usually manage to drop him on the climbs, but at least I didn’t do any big mistakes in the ‘technical’ portions and didn’t lose much time there. We did catch about 15 riders on the course, while I believe only Ryan Ignatz overtook us.

Exiting T2 in 22nd position I could see some pretty slow moving athletes not far ahead of me…but I quickly realised that I wasn’t moving much faster. My legs were crying, the heat was pounding and my brain was fried. Survival mode then. Somehow I managed to pass Roger Serrano, Yeray Luxem and François Carloni (all in a pretty bad state!), as well as Jan Pyott and Llewellyn, while only Rob Woestenborghs overtook me (flew by me actually as he posted the 3rd fastest run of the field). I did have Olympian athlete Brendan Sexton in sight for most of the time and was hoping to catch him in the long downhill to the beach, but really I wasn’t feeling right, legs failing and all that, even falling into a ditch and having and scramble my way back onto the trail (!). The Fleming beach came as a huge relief (though I wasn’t exactly smiling) and I eventually crossed the line in 18th. Slightly disappointing as I was hoping for a top 15 (13th Jim Thijs is less than 1’30” ahead), but I couldn’t have done much better, this is where I stand really. This is one of the hardest races I’ve done, and I am still happy to have finished. Top 20 and intact 🙂

As planned we spent the following week in Kauai’i, following the hippy dream at the end of the Kalalau trail, living with and out of nature, au naturel bien sûr, going deep into the bowels of the earth…Spiritual healing in paradise!
Whether I do this race again I can’t say now; soonish I will decide whether to give a shot at Kona (as a pro triathlete) or not, since I’ve just missed the deadline to enter Norseman… As for now I am ready to enjoy some time away from competitive sport, and a few weeks off should go a long way to rebuild my tired body. A little running to keep me sane, but certainly no swimming laps or turbo riding for a while, possibly until Xmas. We have a 1st anniversary to celebrate at Brilliant Corners throughout November, and parties are lined up every week-end until NYE. Dancing season has indeed started.