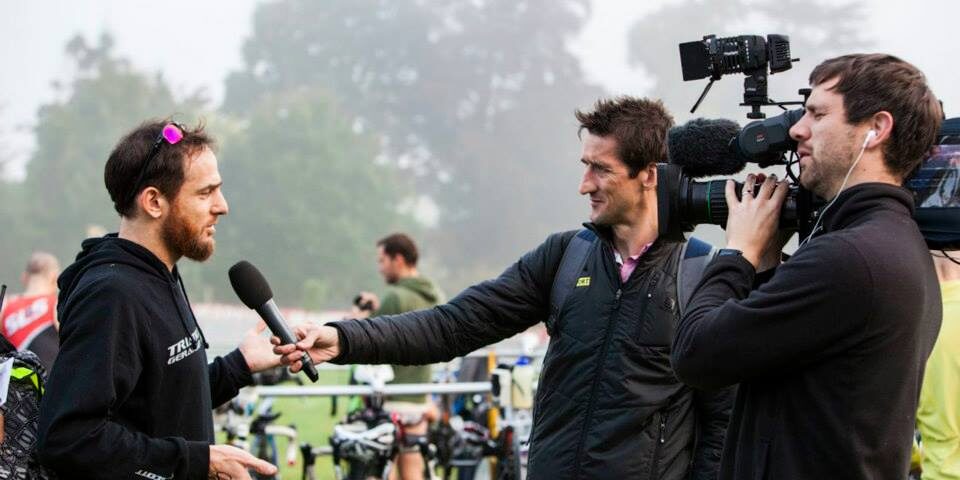 Last minute decision for me to take part in this 1/2 iron distance race, part of the Hever Castle triathlon festival in Kent (2 days of multiples events and 7000 triathletes overall!). I noticed a decent prize money, checked the weather forecast and blagged a free entry from Speedo (thanks Dan!) – all clear!

No ad hoc preparation, certainly no tapering, no course recce, see-what-happens sort of thing. Lots of beetroot juice intake in the few days and morning before, hoping for the best.

After a 4am wake-up call, I arrived in T1 around 7:15am, just in time for Channel 4 journalists to grab me for a pre race interview. If I was hoping to race incognito this wasn’t gonna happen, my recent 3rd place at ironman Japan did seem to gather some interest from the media. Bit of pressure then! 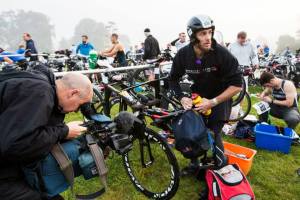 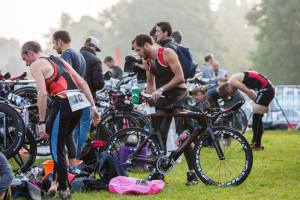 The 1st half of the (cold) swim was in the (dark) pond before looping in the river around the castle. Turned out somehow to be one of the easiest triathlon starts I’ve ever had, I got some clear water straight away before catching some feet to follow as we neared the first buoy. Didn’t feel amazing but I didn’t do much either, and the entertaining orienteering course as well as the crowds cheering from the bridges made the swim quite pleasant. I came out in the top 10, about 2 minutes from the lead. 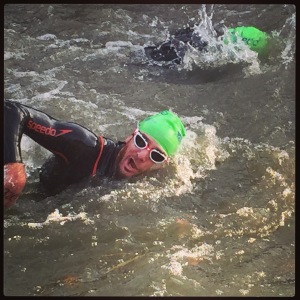 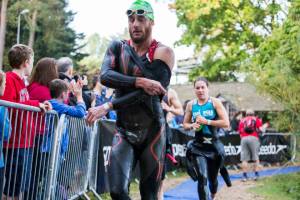 Out on the bike and I put the hammer down, unsure of my position and not knowing the (2 loop) course ahead of me. I’d opted for the TT bike, but in hindsight the road bike might have been a wiser choice as some of the hills were rather steep…and my legs were not quite there!. Anyway after about 10k I caught up with a guy who obviously knew me as he informed me in French that there was only one athlete in front. Game on! We stayed together for most of the first loop, long enough for me to realise that he was stronger than me on the hills and that I was riding at an unsustainable pace as a result. I started to fade as we were told the lead was only 30sec ahead…I wasn’t exactly in trouble but my legs really were tired (most likely due to a hard brick session on the Thursday before) and so I rode the 2nd lap very conservatively, feeling slightly better towards the end but not much. Having to lap the Olympic athletes and dodge the cars going both ways made for some entertaining navigation to say the least but had the merit to kept my mind away from my poor sensations 😉 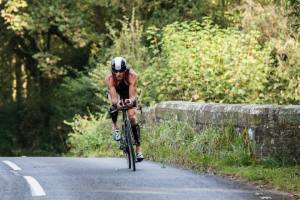 3rd I was in T2 then, albeit with no idea of the splits. I’ve asked pretty much every volunteer on the course, but no one seemed to know. At the beginning of the 2nd loop I was informed by the cameraman that I was 2nd some 5min off the lead.. Quite confusing as I thought I was 3rd…At least I felt stronger as the run progressed, and finished the last 3-4k at a strong pace, even catching Liam Lloyd whom I had a feeling could well be in my race…good on me to push at that moment, I overtook him with less than 1k to go, and yes he was in my race! At the finish line I was greeted by that mysterious french speaking man who turned out to be no less than Victor Debil-Caux, one of the only 2 French pros to qualify and compete at the recent 70.3 World Champs. That explained (almost) everything and reassured me somehow. While 7 min back is a lot, it wasn’t as bad as I’d thought, especially considering the lack of preparation (I’d just had 4 party week-ends in a row since IM Japan didn’t I? And not much quality training to speak of!) 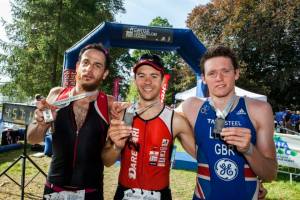 Overall this was a fantastic day, a race much harder than I’d imagined (my final time of 4:37:19 says it all really!), very similar to and as tough as the UK 70.3 I’d say, graced by an even more unexpected balmy weather (25ºC!), and one of the best (off road) run courses ever in the glorious Kent countryside. A top notch organisation all the way to the post race bbq and generous goodie bags and a festival like vibe added to the positives, not forgetting a 2nd spot on the podium (and a decent £750 in prize money)! 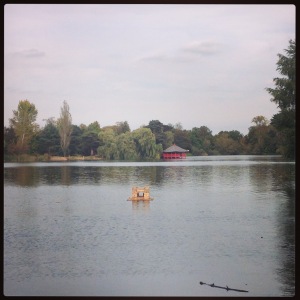 Only 3 weeks to get fit for Maui now – my triathlete head is certainly back on!