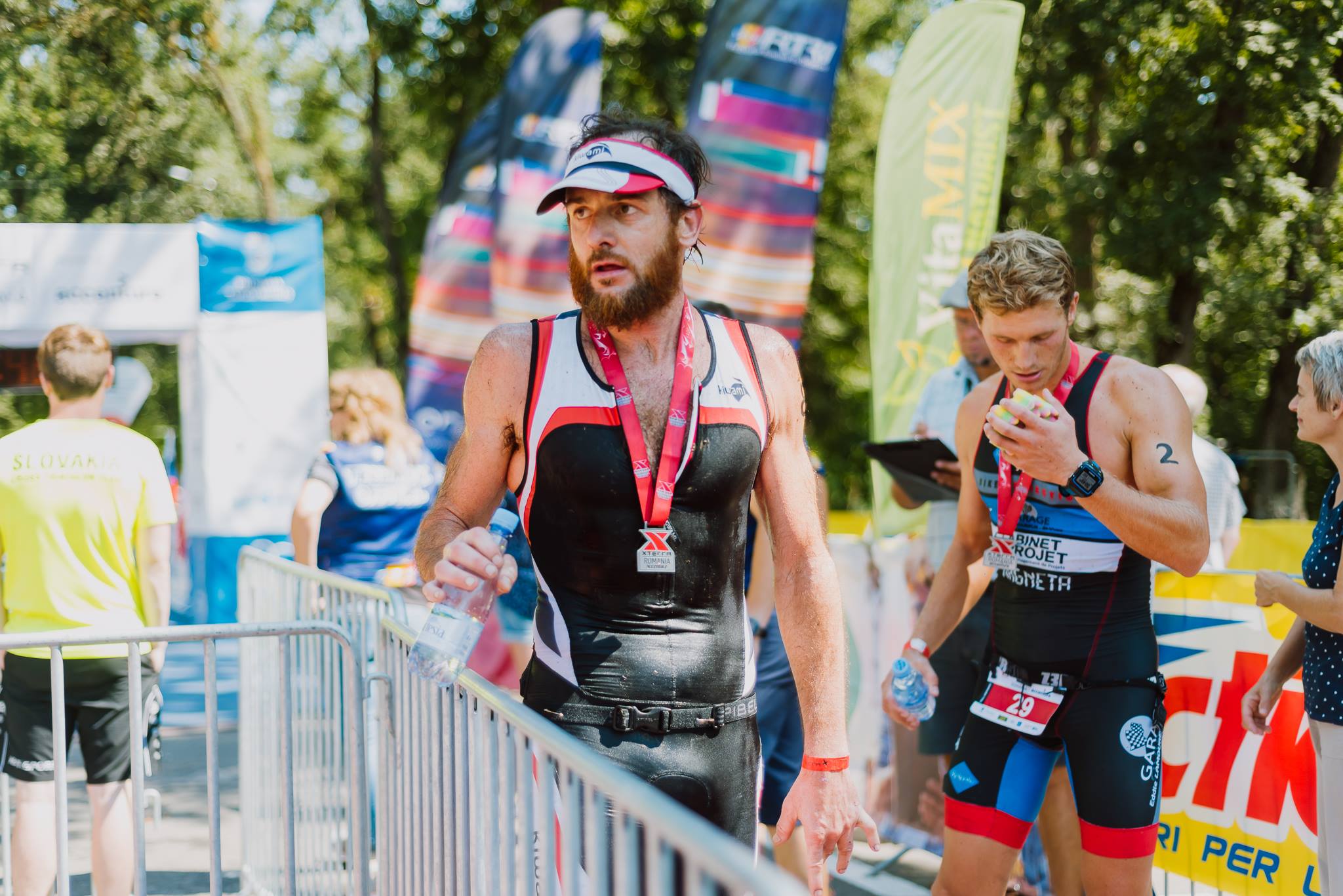 Yes yes, as you can see, this is a race report, despite the fact that I officially retired from racing last September, that I have barely trained in the meantime, that…well there were countless good reasons to stop (tired body, better things to do etc), but surely there has to be a ‘come-back’ before calling it quits for real?

(Silvia says it’s the last one!)

Joking aside, this is NOT a come back. The motivation behind this race is mainly to qualify to Maui and have a good excuse for another escapade in Kauaï, after the World Champs. Silvia and I had the time of our life out there 4 years ago, and we want to relive the dream.

I am not so fit any more, not racing fit anyway, as I took most of the winter off, focusing on nights out and missed sleep instead. And the only training I’ve done on the bike this past year is…commuting in the city…

When I had this epiphany about returning to Hawaii a couple months ago, I looked at the calendar and the first weekend of August was the only one I found myself free from any gigs. Direction Romania then, a country I’d never been before and was quite curious to discover, if only for a few days. The race happened in the heart of Transylvania in Targu Mures, a biggish city some 500+ km north of Bucharest and nearly 2 hours drive from Cluj where we flew in.

The first surprise was…the rain! After the driest UK summer in history (barely a drop of rain since early June) we were welcomed in Cluj by a proper shower, the kind we’d forgotten about! The drive across the rolling Transylvania countryside was great, passing by medieval villages lined with plum trees everywhere, locals chilling by the road side, women selling their garden harvest and local craft; more women of all ages in traditional gypsy outfits, men on cart horses, saxon churches at every corner…nicely unfamiliar. Arriving in Targu Mures at night wasn’t that great though, but once we got settled in our airbnb flat in a building reminiscent of the communist era and found a nice local restaurant, we felt very much at ease. The food there is all about meat(s), goulash, polenta and some nice wine too. Not very triathlete friendly, but quite good anyway. 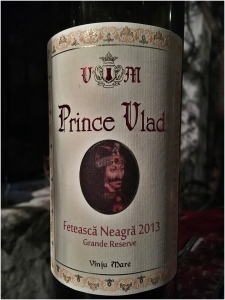 The next day I left Silvia to her studies at the (spectacular) local library, and went to check out the bike and run courses. Being an urban race this is not as wild as I’d imagined, but still they have a nice park on top of a hill overlooking the city, where you can find multiple trails, a tartan circuit (!), a zoo (!) and all kind of family activities. Nico Lebrun certainly did find some hills when he came here to design the courses earlier in the year. Not the most technical bike course, but challenging nonetheless with about 600m+ of elevation in total, and nicely muddy too. In fact Peter Klocz the race director told me it’d been raining non stop the past week and he was very close to cancel the race – the course was pretty much unridable on the Monday! I had brought only summer tyres with no spares, so perfect… 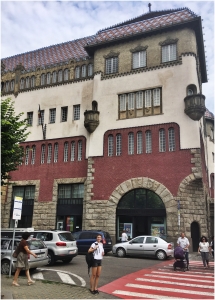 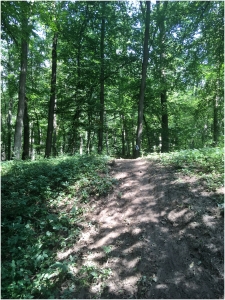 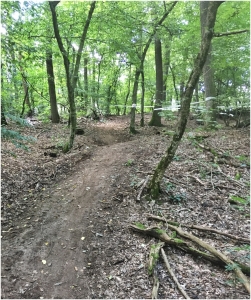 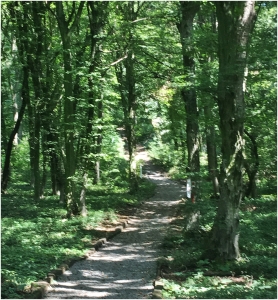 The swim would take place in an artificial lake in town some 3.5 km down from T2. No pre race swim allowed (Nico said I wouldn’t want to anyway) except in the massive leisure complex next to it, boasting several pools of all sizes, toboggans, local families on holiday eating fried stuff and drinking beer by 30ºC in the shade, some euro trash music blasting on the speakers…needless to say I didn’t last very long! 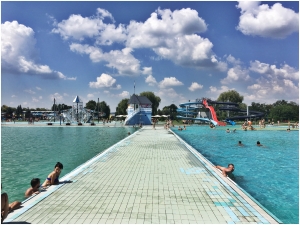 We also had time for an escapade to Sighisoara, a UNESCO World Heritage site boasting ancient churches, a walled town center, thousands of years of history. Also the birth place of Vlad the Impaler aka Dracula. Well worth a visit!

The evening before the race, we skipped the meat fest of the local restaurants and opted for a loved and trusted pasta meal cooked by Silvia. It’s been 10 months since my/our last pre race evening, which is long and short at the same time depending on how you look at it, and even though some nerves were present I felt surprisingly relaxed and eager to roll.

Finally, as we were about to wrap up for the night, out of nowhere came the dreaded and instantly recognisable sound of a slow puncture…pssssss…We both laughed as this was a déjà vu situation (see Xterra Greece), 10pm pre race and a little bit of unnecessary stress but it almost felt like a relief! I had no spare so just pumped the tyre and spun the wheel hoping the preventive liquid inside would do its job and seal the hole overnight…

Somehow n the morning the tyre was still pumped. Phew. We headed to T2, had a laugh in the playground (!) before I cycled down to T1 (which served me as a warm-up plus reverse course recon at same time). The forest was eerily beautiful at that time, seemingly unaware of the battlefield it would become less than an hour later. 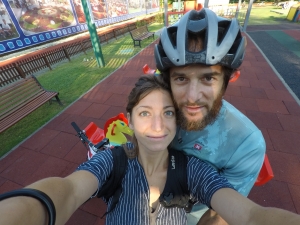 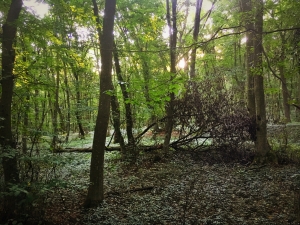 With Ben Allen on my right on the start line I knew who was going to lead out the swim…I managed to stay on the leaders’ feet for 3-4 minutes, but then gradually lost contact and found myself on my own in between 2 groups. I never got into a comfortable rhythm actually, which isn’t surprising after having done virtually no intensity in the pool in almost a year. The swim was short though ( I came out 7th in 16:10!) and I quickly found myself caught in T1 and starting the ride with female leader Brigitta Poor and Ciprian Balanescu of Romania. I put the hammer down as soon as we started the climb, put a gap instantly and felt great. However as we reached the first descent I got a bit carried away and crashed on a tight slippery corner.  I was also already quite in the red by that point. Balanescu came back from behind alongside mountain bike specialist Pierric Brochet. I kept these guys in sight for a while, but also understood that I needed to ride at my own pace. My head wanted to race and fight but my body reminded me I hadn’t been kind to it this past year! On the 3rd lap however I started to feel better and  I was surprised to arrive in T2 only a few seconds behind the Romanian rider. From that point on I just wanted to enjoy the run ahead, despite a tender Achilles and some killer steep climbs Nico Lebrun style. 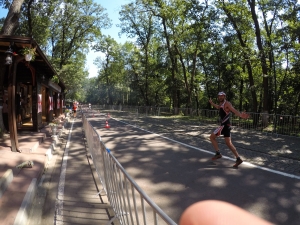 As planned I didn’t push the run, breathing heavily on the climbs and suffering on the descents but enjoying the (rare) moments of relief in between (sic). I crossed the line a happy man in 8th, some 16 min behind the winner Arthur Serrieres! 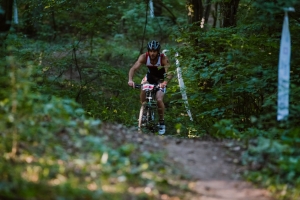 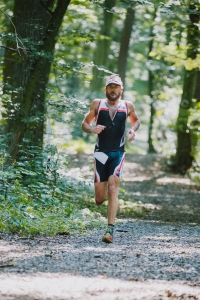 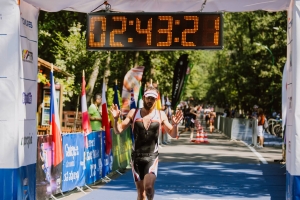 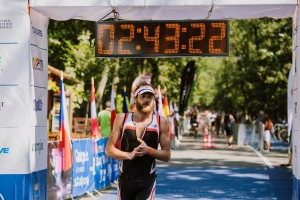 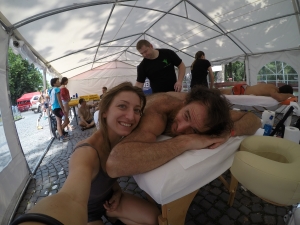 Quick massage, BIG lunch, short nap and off we went, back on the road to Cluj where I was invited by the club/record shop/balearic DJ terrace Collectiva Gazette to DJ with them on that very same night! It was great to meet up and connect with the underground Romanian scene. Quite niche obviously (especially at a time when the city is literally invaded by hordes of kids for the EDM festival Untold…Armin Van Burren and co…ouch!) but they are pretty active and an oasis of culture. Much recommended if you’re in Cluj! 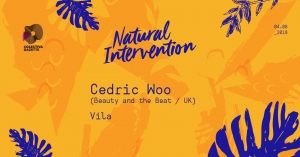 On the Sunday we managed to eat some more meat (!), hike around the (touristy!) Turda gorge, bath in a natural salty lake, enjoy more meat…all in all a very memorable first taste of Romania! 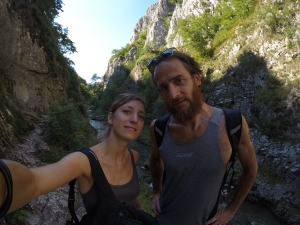 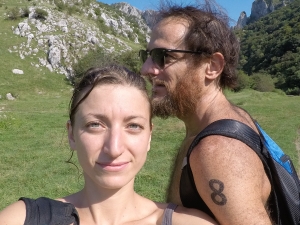 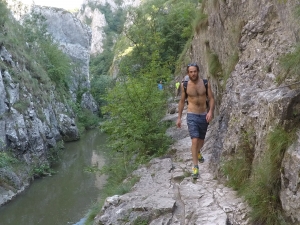 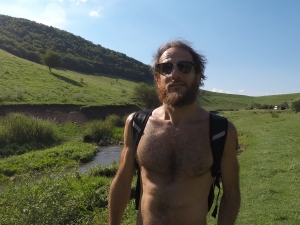 And on this note, expect to see me on the start line in Maui come late October!!!