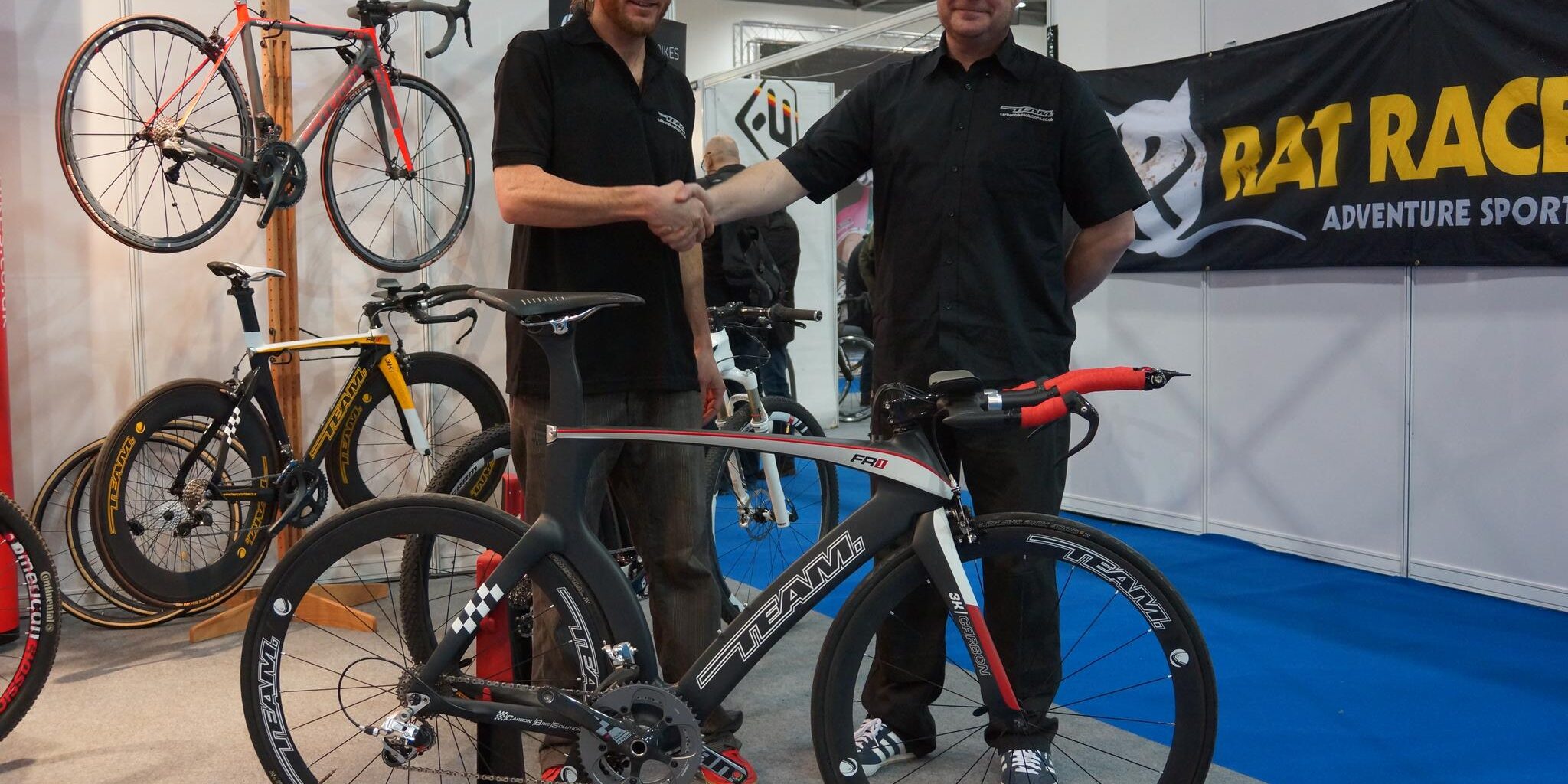 During the week-end surrounding the 70.3 race in Aix-en-Provence last September, I was grateful to meet and hang out with the great Lars of Team Carbon Bikes. We quickly developed a great friendship and agreed on a partnership for the following season.

A few months later and here I am at the London Bike Show collecting my FR1 Advanced Time Trial bike. Wow. If anything, it looks the part, absolutely stunning, one that will turn a few heads in transition for sure.

The frame is a monocoque made using 3K UD weave carbon, with a SRAM Red groupset and 70mm clincher carbon wheels. My first TT bike ever, never raced on one before, let alone rode one. Exciting !!

I had to wait a week to try it out due to some really averse weather, but as soon as the sun showed up this morning I knew it was time to take the beast out. I went for a tentative ride on my usual 2 hour loop in Essex, going through some seriously overflooded roads in the process. For a first, the bike would be tested to its limits, however cautious I tried to be – the tarmac was as slippery as the tiles of my local swimming pool in places.

Despite the wet conditions the sun was shining brillantly and Epping forest and its surrounding were glowing in snow – magical.

Now for the ride: I felt amazingly good relatively quickly for such an extreme aerodynamic position 9and a new one for me); I never experienced much of a back or a saddle pain as I was dreading beforehand. The bike responded really well and was a lot easier to use than I expected ; by the the end of the ride it almost felt like I’d ridden that bike for years. Most importantly the power transfer is phenomenal, you get up to full speed within seconds and…you seem to hold on to that speed effortlessly. Frankly I am bluffed.

Obviously I will need to ride that bike a lot to hold that position in an IM race (like Lanzarote in May !), but right now with such a fantastic new weapon I am so looking forward to the racing season…and a new mountain bike is also on the way. Aces.