Coming Clean About Being Dirty… 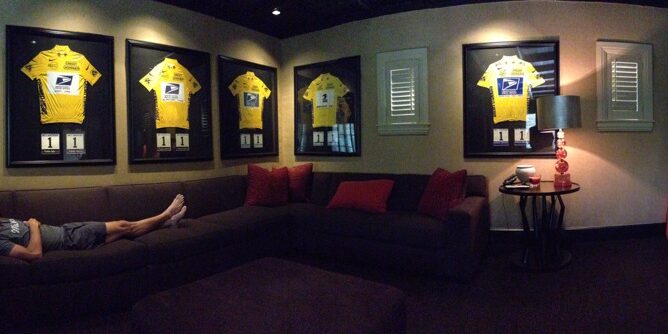 So finally here we are, the dirtiest leader of a dirty sport has now -sort of- come clean – with lots more to come in the future months / years no doubt. The story was almost perfect as LA said, but indeed it was a story. Quite unbelievable how one can be living a lie for that long, was that 20 years ?!

More than his meticulous drug taking over the years, what always set Armstrong apart was his stratospheric levels of arrogance and meanness. Pure babylonian. What turns Armstrong into a pariah among pitchmen, an anathema among athletes, is the pure, unadulterated malevolence he spewed at anyone who dared challenge his so-called honesty. And his hiding behind the “cancer survivor” stamp to justify everything has always been the most despicable aspect of a frankly horrible character. This man should be put in a zoo really, he should be protected, there is a lot to learn from such a pure evil mind!

The only time I came across the man was in the middle of the xterra worlds bike course in Maui in 2011, 2 or 3 days before the race. I was stranded on the side of the path, struggling to fix a flat tyre under the deadly Hawaiian heat, when LA rode past with his buddy Jimmy Riccitello…no hello, no stop and check if you’re ok, nothing. This is only a small anecdote that summarizes the man pretty well really (I was in the middle of reading “Bad Blood” at the time, so not exactly surprised). His public excuses to Betsy Andreu, his friend of 20 years who heard him confess taking drugs to his doctors, are also worth their salt: “I called you crazy, I called you a bitch, I called you all these things, but I never called you fat.”. Quality ! Even Oprah couldn’t reply to that.

Now what about Johan Bruyneel ? 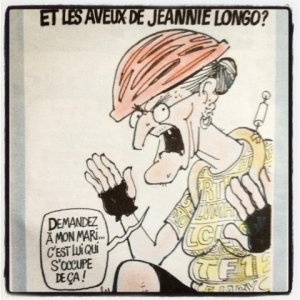