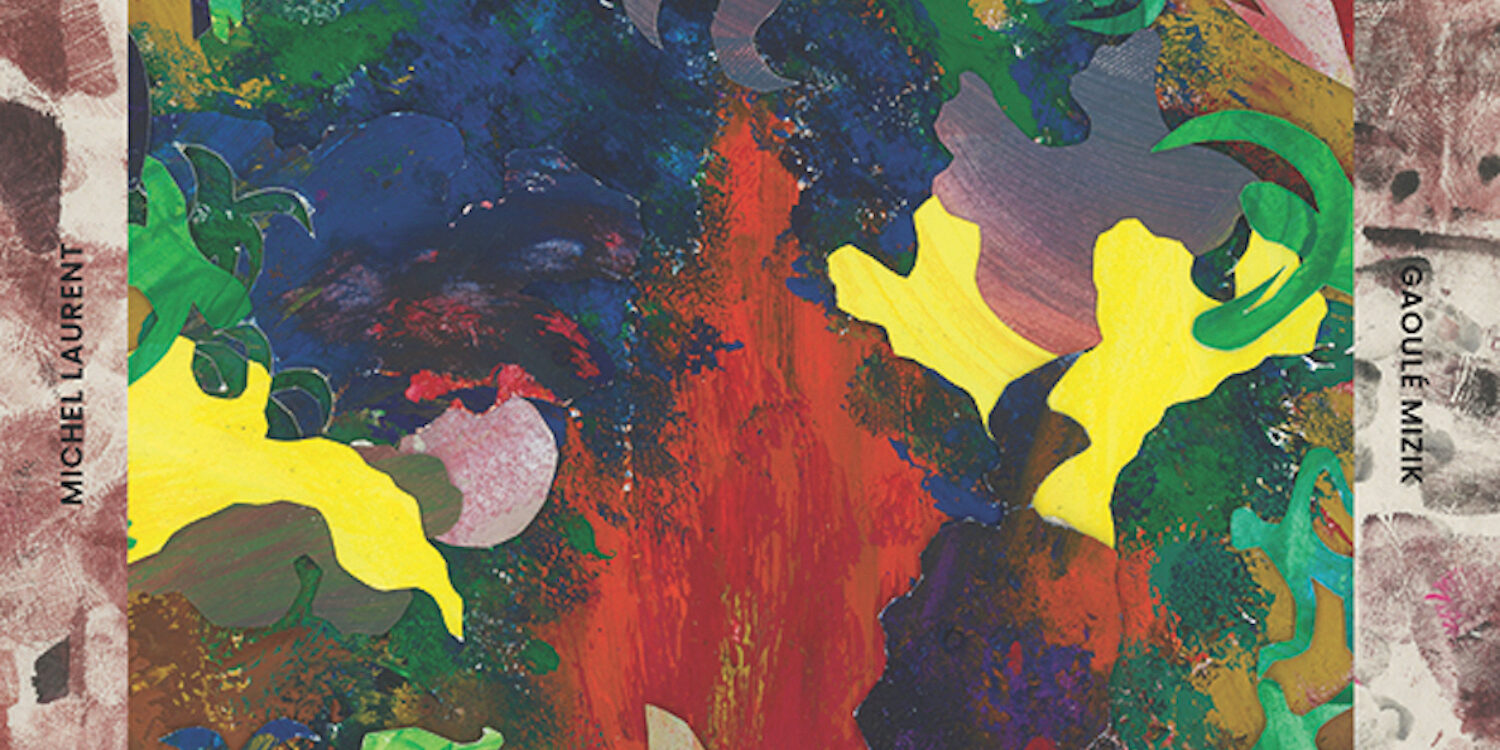 Two years in the making, the fifth release on our Beauty & the Beat label has finally landed. This project turned out to be quite a labour of love, requiring no less than two sets of test pressings (!), and it is such a great feeling to finally see this out in the flesh (on wax that is).

In a previous post about the release of “Lèspri Ka“, I mentioned the discovery of Gaoulé Mizik‘s Konbòch LP as a total revelation and ear-opener, one which opened up a Pandora’s box and kickstarted an ongoing quest into the fascinating treasure trove of Caribbean musical delights.

All credits due to the master DJ/selector Tako, he who dropped “Koulé” (a gwoka moderne masterpiece, from that aforementioned LP) during a legendary visit in the wild early days of brilliant corners, one of the many highlights of a set which opened many doors for those present in the room that night, and which is still reverentially talked about years later. 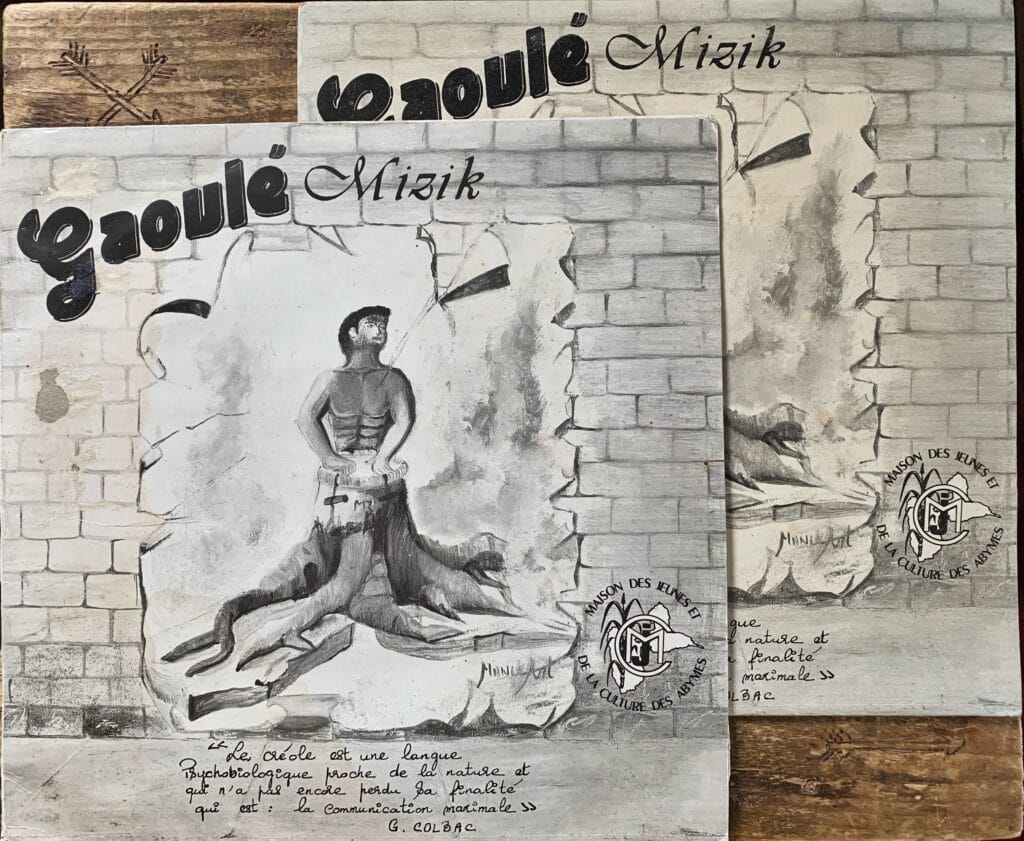 Back then it was still fairly common (in Guadeloupe at least) to find original copies of Konbòch, and soon enough “A Ka Titine”, the only straight-up gwoka traditionnel track on an otherwise revolutionary album devoted to what was then dubbed gwoka évolutif, became an iconic party staple at our Beauty & the Beat parties.

The visceral impact of this heavy toumblak (one of the seven rhythms in gwoka, which expresses love and/or happiness, and is the most often heard in party situations) on BATB’s dance-floor is always devastating, and it was (long story very short) this very experience which acted as an epiphany for our good friend Slim to start the Sweet Apri∞ts parties in Paris.

The “Titine” of the song is the name of the beach hut’s owner where Michel goes to have some fish, ends up drinking rum and playing dominoes, before almost getting killed in a brawl (!). Laurent is in raconteur mode, akin to the role of a griot in Africa, acting like a chronicler of his time and singing about everyday chores and social issues.

During my recent trips in Guadeloupe I met up with the leader of Gaoulé Mizik, Tosh Montella, first to licence both “Sonné Lèkla Sonné” (from Gaoulé’s first LP) and “Matla La Mouyé” for the “Lèspri Ka” comp, then to discuss the project of a 12″ with “A Ka Titine”. The song is part of the Guadeloupean patrimoine (there is even a karaoke video on YT) and it took some time (and a few rounds of ti punch) to get the full trust of Tosh and Michel Laurent on this one.

Over the years we’ve built a great friendship and Tosh has always been super keen to share Gaoule Mizik’s productions and – rather unsurprisingly, given the open nature of their own experiments with gwoka – eager to hear new directions for this music. The overjoyed reaction on his face when I made him listen to Kay’s remix for the first time meant everything in the world for me. 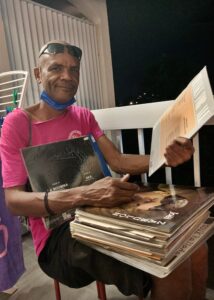 As mentioned above, to spice up the dance and with the aim to give a fresh take on this classic, we asked our man Kay Suzuki, Time Capsule’s head honcho and a revered master of refined and hypnotic Afro-cosmic productions (check his classic remix of Blackbush Orchestra’s “Sortez Les Filles” on BATB 002, as well as his cult Afrobuddha project), to present his interpretation of the song.

Originally set for release in September ’21, the track was road tested at various parties over that summer, sounding strong and mighty already but TPs were nonetheless rejected, Kay opting for more time to meticulously fine tune the remix. A few months on and the final version was polished, mastered at Metropolis, dropped like a bomb at midnight on NYE, and now finally out and set to do some damage on dance-floors globally.

Embracing the concepts of Tout-monde, Suzuki has created a unique fusion of genres, incorporating his London influences to the mix by adding strong dub and electronic flavours. The result is a fresh and unique take on gwoka music, perpetuating the tradition of openness in Creole culture. Purists beware, this is hybrid music at its very best!

The other two tracks that complete the 12″, “Kan Sizè Sonné” (presented in a slightly edited version by yours truly) and “A Kolad” are taken from a different album released around the same time under Michel (“Carlos”) Laurent’s name, but produced by the same team and featuring most of the members from Gaoulé Mizik.

Read here a great review by Dr Rob on his ever excellent Ban Ban Ton Ton.

Thanks and praises to all artists involved, Tosh Montella and Michel Laurent from Gaoulé Mizik for their trust on this project, Suzuki-san for delivering a remix for the ages, Andrew Pirie for the vinyl restoration, Marlène Meignan for the original artwork and Silvia “Gina” Gin for the sleeve design.

Sadly Michel has been ill and incapacitated for a few years now, and this project is dedicated to him.