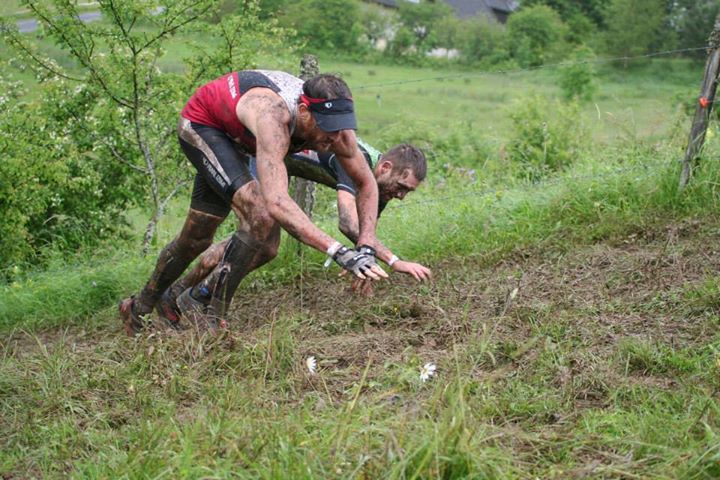 I wasn’t sure whether to do that one or not, having been ignored and then denied an entry by the organisers (i for one believe that the least they should do is to give free registration to the pros – not being a princess here, it’s hard enough financially as it is…) but still i went as a last minute decision. Ideally i’d like to do 6 out of 8 races on the European circuit to be able to have a ranking, and since I’ll most likely give Czech and Germany a miss i had not much choice.

The location in Vallée de Joux sounded great on paper, right on the French border but in a postcard type of Swiss landscape, with perfect roads, big hills, lush prairies and cows chilling. As we got there with Graham Wadsworth the day before the race it was barely 10ºC and not promising to get any better. No pre-riding allowed meant we would all be riding blind on race day – why not ?

As we got up the next day rain was pouring down, and it never really stopped until way after the race. We were told at 12:30pm (for a 2pm start) that the swim was canceled (too much difference between the water and air Tº) and the race turned into a duathlon. Not bad for me a priori, especially since i didn’t exactly fancy swimming in these conditions. To be honest I didn’t feel like going riding either, mulled wine indoors seemed more appropriate…but I’d raced in worse conditions, like Xterra Czech in 2010 and Alpe d’Huez in 2012, and each time with a swim. No chickening out then. 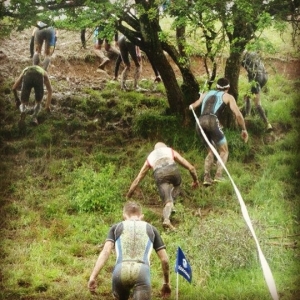 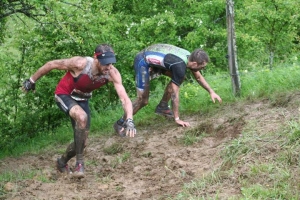 Each 5k lap of the run had a monster hill after about 600m, which might have been run-able in dry conditions but was now very much a scaling / sliding / one step forward 2 steps backwards kinda thing. I only decided to wear my Vivo Barefoot Neo Trail about 5 min before the start and thanks god for that.  The uphill and especially the treacherous downhill went down rather well. That made for some interesting pics that’s for sure, François (Carloni) and I will remember that one ! Victor Del Corral went off on the first lap but I was leading the chase group comfortably, arriving in T1 with Luxem and Fernandez about 20s down. Out on the bike and it’s uphill on the road for a good 10min. I struggled to stay in the Luxem/Kubicek/Fernandez train but just about made it to the top, after Hector Guerra flew by us in the early stages. I hung in there for a bit, we were all discovering the course and it was a mixture of road, wide tracks, some congested single tracks and a monster push-a-bike section which I could have done without. Falling down the gully with bike and body entangled i didn’t need either…I lost the group and lost focus, arriving in T2 in 11th having lost a lot of time by accumulating mistakes. Mud is not my friend, and I am certainly not renowned for my technical skills. As soon as I got rid of my bike my legs were on fire though, I ran the 10k loop only 10s slower than Del Corral to end the race in 8th, just behind Llewelyn Holmes who had a fantastic day, as usual in tough conditions.

The best bit about the whole event were the communal mixed showers afterwards – had to be seen ! All in all this was a poor event though, the whether didn’t help but really this was a very low-key, badly organised event, where you even had to pay extra for the pasta party…It can only get better for next year !