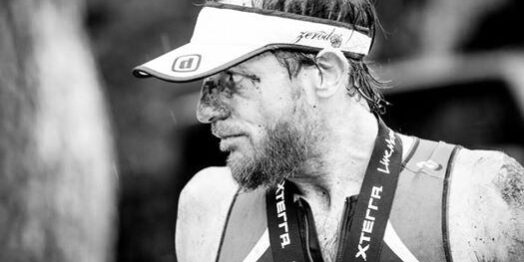 Although I entered the race in January, I still wasn’t sure to be on the start line 10 days prior to the event. A couple of encounters with the tarmac resulting in a few broken bones and a stressed body had put me out of xterra Portugal and IM Nice already. However as I was finally starting to recover some fitness and motivation along the way, I thought I’d give the race a go as I’d heard raving reports from last year’s inaugural event.

Scanno is a couple of hours drive away from Rome, tucked away in the Abruzzo region. The meandering road to get there is stunning, the lago is rather inviting, and sitting at 1000m altitude this is mountain territory with not an inch of flat in sight. Typical authentic Italian village where a lot of life is concentrated around the main piazza, which conveniently enough is where my accommodation Albergo Centrale happens to be.

First mistake: I didn’t look at the website properly and booked my flights Friday to Monday, thinking the race was Sunday. As it turned out the race was on Saturday and I only had time to mount the bike and try to grab some info about the courses the night before. Long climb and slippery descent I’m told.

Second mistake: I didn’t stick to my new plan which was to climb hard and be cautious on the downhill, preferably following someone…well I did climb hard indeed, surprising myself even going past Rory Downie, Jim Thys, Jan Pyott and even Asa Shaw – despite seriously hyperventilating -(gotta stop smoking really)- and finding myself in 5th at the summit (where fellow beardy athlete Roger Serrano’s race ended with a broken derailleur), albeit on my own. Sure enough I got carried away and came in way too fast on what turned out to be a steep rocky twisty and very muddy single track. No chance for me, the front wheel went, I flew over and landed face first on some hard Italian rocks. I could pretty much tell straight away that I had a broken nose, possibly a couple of ribs too, and a mix of blood and mud was splattered all over me. After a body check-up it took me a good minute to get back on the bike, now in 10th. However my brain was quite shaken and my confidence all gone – i must have lost 5 min to everyone on the rest of the downhill, and only started to feel ‘normal’ again halfway into the 2nd loop. By then I’d realised that I’d broken the front derailleur (stuck on the small ring luckily) and was way too far to expect to be in the money (top 7), but at least I found my head and legs back.

Losing even more time on the 2nd lap due to congested traffic with age groupers with even poorer descending skills than mine, I hit T2 in 11th. The run was quite uneventful as a result, my main worry was to be easy on my Achilles and I stuck to that, being extra cautious on the uphills but letting myself go on the descents – legs felt good. I grabbed 2 spots to cut the line in 9th, some 18min+ later than Ruben Ruzafa, but feeling strangely fresh for a 3 hr+ race (longest ever on the circuit?) during which I only had one gel (nothing in the run).

Straight into the Red Cross tent and I’m told my nose is fractured and I need to go to hospital…an hour away…Rain is still pouring down and we’re all frozen but it’s gotta be done. Grabbed my stuff, cycled back to the hotel, cleaned up then drove down to Sulmona in the valley. After a customary 2 hour wait in front of the Pronto Seccorso room, and some entertaining Franco-Italian-English banter with the doctors, I am told – I think – that my nose is fractured but not too seriously (!). The doctor then caught me off guard by straightening it up manually – ultra painful for a minute then no more. From what I understood I would have to come back in the morning to get a mask and an ORL test. Why not now??

That was an interesting post race ‘recovery’ nonetheless and I got back to Scanno for 9pm. In time for the award ceremony but late for the food…Luckily Wolf persuaded me to double up as a DJ for the ‘official after party’, which was my first ever gig being paid in beer and pizza! I had brought only a few 7″s with me, only expecting to play for an hour tops. The local pub/pizzeria had made an effort and hired turntables. I put the 1st record on slightly past midnight, feeling a bit awkward in front of curious locals and triathletes staring at me as if I was gonna do tricks or something…The vibe soon got better though, the triathletes disappeared quickly (with the notable exceptions of Roger Serrano and Massimo Marabese) and I was left to play for appreciative locals, until 3am. I managed to play Roisin Murphy’s Ancora Tu and In Sintesi and so was a happy man.

All the locals I met here were adorable, from the nonno (grandfather) of the family hotel trying to fix my bike to the pub owners and local punters praising my DJ set. With my broken nose and bag of rare 7″s, I’ve turned into a mini celebrity over here. Last but not least on the Sunday a local disabled kid who knew me from my online mixes asked for a picture and an autograph. Priceless, and made the whole trip worthwhile!

Recommended listening while driving through Italy:

– A trip to Italy by Christian Zingales