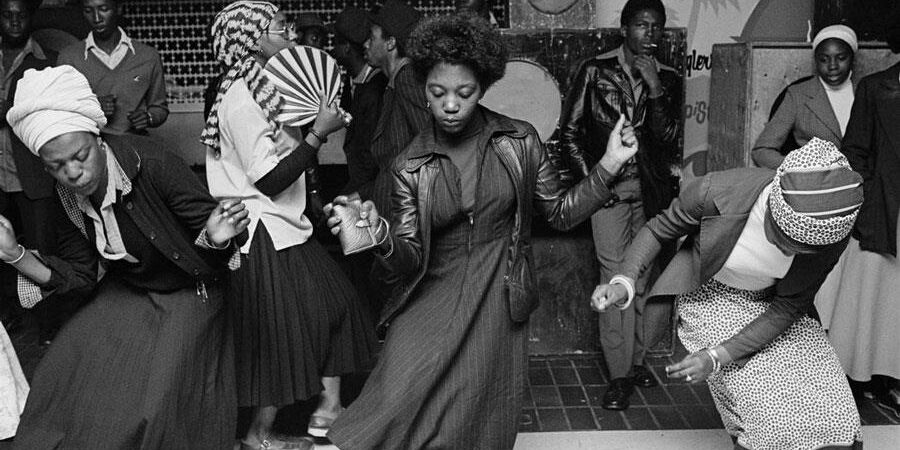 Another year, another thousand of hours spent digging, sorting out, meditating, tripping, shuffling, cycling, running and most importantly dancing to music, lots of, more and more so. Cats like John Talabot, Cos/Mes and Soft Rocks never put a foot wrong, everything they touched was turned into gold. No trend per se, although admittedly I listened to a lot more deep house than usual this year, and a lot less “bass” music.

First of all RIP to all the greats that left us this year, Etta James, Marva Whitney, Fontella Bass, David S. Ware, Dave Brubek, Ravi Shankar and Terry Callier (and all the ones I forget). I spent hours re-listening to Terry’s monumental input and can’t insist enough how influential and visionary he was. “Dancing Girl” is an ultimate masterpiece.

Here’s a list of releases that touched me, personal favourites I know will stand the test of time. There are of course a lot of records I’ve missed out, the idea is not to be exhaustive but to pay tribute to some quality bands, producers and labels that keep the flame alive, not to forget my sanity, body and soul.

There were 5 unmissable records that came out this year that everyone needs in his/her life. All of these I played heavily wherever and whenever I could and they never let me down. Timeless classics.

Both the “Melodies” LP and sampler are ridiculously elusive (originally released in New Zealand in 2010 and re-issued in Japan this year) but they deserve searching out as the man Lord Echo has produced some reggae/funk/soul hybrid of his own that is i-rre-sis-ti-ble. When I was in Japan in February/March, these were played pretty much everywhere.  ”Wang East”, basically an extended break, is pure pleasure (cf previous blog “5 tunes that kept me alive this year“); “Thinking of You” and “That’s Right“ are 2 other winners.

Again a very limited release but one to treasure. Twin Peaks + John Talabot = pure bliss (this is not JT though, but it’s his label)

Another tune I included in my previous blog post, I played this obsessively this year, and not only during my trips in Pescara and Lake Como. Probably the most euphoric vocal crescendo ever. Goosebumps business, and, again, pure pleasure.

Daphni aka Caribou gives his afro-psychedelic treatment only he knows how – this record could be the definition of Beauty & the Beat’s musical stance: deep dance music with psychedelic soul. Played at every party, sometimes twice.

All the records listed below have some magic in them if you play them right. They have all featured on my Tourbillon shows on Deep Frequency radio throughout the year. Go and dig them out whenever you can. I haven’t tried to classify them, but they are presented in an order that somehow should make some sense.

The Day begins in perfect fashion with James Holroyd’s blissed, hypnotic balearic number. Summer is here. Every single Begin is a must have by the way

Dr Rob of the ever excellent Test Pressing blog did a great job of describing this 12″: “Junip`s folk with Mum on music box. Worn and weary, getting clean or emerging from a messy divorce, trying to remain positive. Optimistic. Lexx takes the whole thing from a deserted seaside town to green hills. Vistas. The Yorkshire Dales, or checking Everest from Katmandu. I remember eagles soaring on swells. The Seahawks do a fine job channeling Ullrich Schnauss` glacial Shoe-Gaze Space-Rock, Kevin Shield`s work on the “Lost In Translation” soundtrack and Eno`s “Apollo”, transporting the track into a cave. Stalactites and stalagmites. Crystal pools. Little left but the music box, but there is light here. A lullaby of sorts. It`ll be easier in the morning. The best thing they`ve done in my humble opinion.”

Raw basement soul from DJ Nature aka Milo from the Wild Bunch…rocked it proper down at Plastics a few weeks back.

This reminds me a lot of Moodymann’s Black Mahogany, I can imagine this being played heavily at Plastic People’s Balance nights…if these were still around…

– Lord of the Isles – Searching

Really infectious groove right there, pure niceness straight outta Scotland- not too sure about that youtube video though!

– The Rapture – Sail Away (Aeroplane rmx)

That is a big release on a personal level, I listened to this a lot while I was traveling/racing/drifting in South East Asia earlier this year. Big room record, drenched in Dr Hofmann special, although I never heard that in a club or even played it. This is huge in headphones though.

World Unknown always have good releases but this is probably their #1 to date. Heavyweight bassline and throbbing tones for a new beat tribute of some sorts by the man like Fraser. Huge.

This one came a bit out of nowhere, I don’t usually like Agoria and I don’t know who made this remix…but it’s a killer!

Possibly the edit of the year? Steve Reich in tech house mode who would have have thought? It’s magical, and it’s a banger.

Beatnick is not only a friend and BATB regular, but also a serious crate digger, music encyclopedist per excellence, master scribbler and so far under-the-radar producer…not for long with an EP that strong.

As I mentioned earlier the man John Talabot can do no wrong; here he turns a very average track into a psychedelic odyssey in Jodorowski/Herzog territory. Not what Jimmy Edgar was expected I presume but it’s a monster! Quite big with my mum too.

Outstanding debut release on Prins Thomas’ label, oozes with analog warmth and sensuality – do not miss.

Yet another great ESP 12″, taking us on a cosmic nomadic journey.

– Flights Of Fancy – Love’s A Dancer

With a title like this you can’t go wrong really, and they didn’t. On Ifeel once again.

– Takuya Matsumoto – Drafting Under The Stars

This was originally pressed only for Japan in 2010 but finally got a proper release this year…it was worth the wait, this is a serious batucada workout for the early morning shenanigans. Deep.

Soft Rocks + Cos/Mes + ESP = perfect number, a mystical tribal dubby house chugger in this case. This was the first record I played at the Lighthouse party in Tokyo…while Cos/Mes was walking in the club…amazing.

– John Talabot – So Will Be Now

One of the best tunes of the year taken from possibly the best album of the year (Fin). Thanks and praises to John Talabot.

– Vakula – I Wanna Dance With You All My Life

Vakula has been on fire for a couple years now, amazingly prolific while keeping the quality control very high. Here is his trademark analogue warmth extended to blissful proportions. I could dance with Vakula my whole life.

Ifeel is another label with a perfect quality control. This is the 2nd release by the mysterious Efeel, and one for the sunrise. Majestic.

Leo and Kay’s psychedelic journey, celebrating the synchronicity of the universe and meeting of kindred spirits, through a symphony of analog synthesizers. Majestic.

Back on the beach with this blissfully languid offering from Paul Murphy and co. Another great year for Claremont 56.

Probably the freshest and most accomplished album of the year, from Eddie of Laughing Light A Plenty fame. This is literally a Balearic-Tropical-Afro-Psychedelic whirl, in production for over a decade. Walking on the Water is only one of the highlights. Outstanding!

Land Of Light are the London-based duo of 2004 Academy grad and LN-CC very own Jonny Nash and Kyle Martin. Separately, Nash has earned praise from the likes of David Mancuso and François K for his Sombrero Galaxy project, and Kyle plays synth for ex-Ozric Tentacles/Planet Gong-fronted space rock band Dream Machine. Together, the pair make atmospheric, new worlds of sound which float just out of reach in Vangelis-tinged smoothness.

If you don’t have time to really listen, please do not buy this record. If your mind is not ready to unwind, please do not buy this record. If you are looking for the next big track to play at your cool party, if you are worried about keeping “real” or staying “raw” or about your image as a purist and regurgitating the essence of eras past, please do not buy this record. However… if you find yourself taking for granted all the natural beauty that surrounds you, caught up in trivial occurrences that interfere with your daily happiness, letting social constructs shape your mood… then please do buy this record, sit down, focus on what is right there in your hands, turn to your loved one, breathe deeply, enjoy the light in the room, savor your food perhaps, and simply appreciate all that is happening in this particular moment… levitate in awe as you enter the “Land Of Light”. Serious blissfulness.

Great album from start to finish, not a singles’ collection but really a dedicated LP project that could be played at Classic Album Sundays. Not only dance music, this is made for home listening or even better for car journeys. Can’t praise John Talabot enough really. Feat “So Will Be Now” (mentioned above) and “Destiny“

Unbelievably this is the first ever Idjut LP, after more than 20 years of masterfully dubbed out twelves and remixes. Apart from the sublime disco candy “One For Kenny” (tribute to Kenny Hawkes, feat Bugge Wesseltoft), this is a rather subdued affair, one you can play at the coffee table as long as rum and weed are nearby. Dubby, jazzy, left of centre, balearic, exemplified on the stoned jam that is “Le Wasuk“, feat, again, Bugge on the piano.

Last but not least here are some unmissable reissues/re-edits from this year:

Re-issued by Sofrito on their International Soundclash comp, this is worth the price of admission alone. Soukous dance-floor bomb. Cyril played it at BATB and this was an instant classic. C’est pour ça qu’on est là!

Written and recorded at their commune in France in the early 80s, this is a timely reissue from the Emotional Rescue camp. Feat Stay Cool.

As an encore, here’s the most original mix I’ve listened to this year, Fotonmiks by the man Baris Ka. Psychedelic turkish action. Amazing.