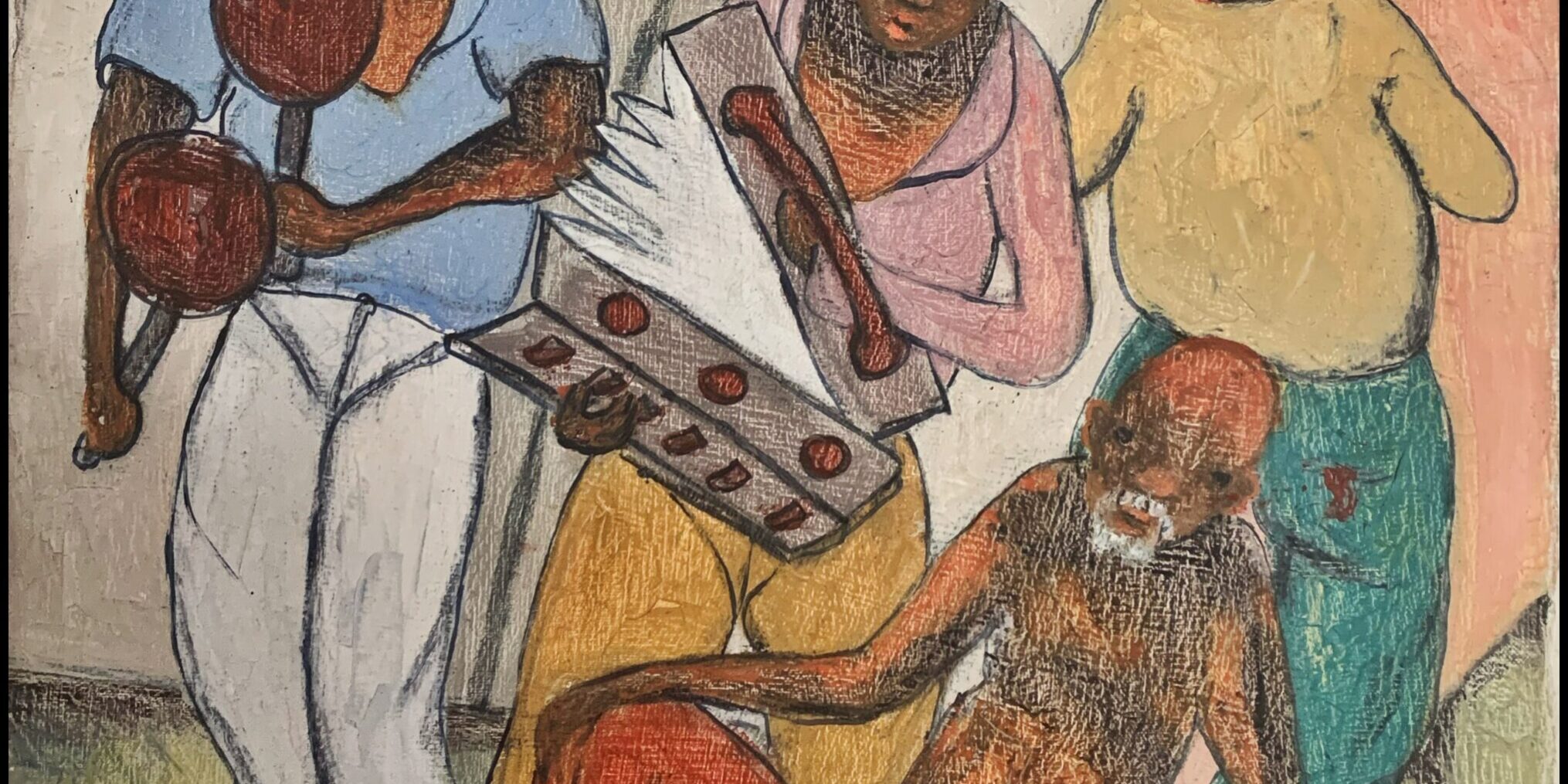 History, stuck on bad loop, repeated itself, with the back to back double whammy of a violent political coup (the assassination of Haitian President Jovenel Moïse on July 7th by foreign mercenaries, whose investigation is still unresolved and which left the country’s institutions paralysed and unable to deliver their most basic functions), followed by the catastrophic 7.2 magnitude earthquake that affected the entire Southern Peninsula of Haiti on the 14th of August 2021, I decided to put together a four part mix series with some of my favourite Haitian artists, with the aim to raise funds towards the country’s road to recovery.

One of the most culturally and musically rich countries in the world needs our help urgently!!

Read more about the earthquake here:

If you like what you hear (and even if you don’t!), please consider 𝐃𝐎𝐍𝐀𝐓𝐈𝐍𝐆 𝐁𝐄𝐋𝐎𝐖. These two ONG are 100% sure and trusted:

May music continue to be one of the weapons of resistance!

Looking to reach a wider audience, I also uploaded those mixes on YouTube, which I don’t usually do (mixcloud and soundcloud are more suitable platforms for that). Within a few  weeks the first three parts of the series had been blocked by the lovely folks at CD Baby, who represent some of these artists’ copyrights, and who, rather unbelievably, prefer blocking and preventing the music from being heard instead of monetising the video and transferring the ad revenues to the relevant artists.

Read below (or head to FB) for the full lowdown of what happened and how incredibly backwards and outdated those copyright laws are:

“I recently started publishing a series of mixes focusing on Haitian music and artists, with the sole aim to raise funds to help Haiti’s recovery efforts in the aftermath of the devastating earthquake of the 14th of August 2021. I usually post such mixes on either soundcloud or mixcloud, but for this particular project I thought it would make sense to also publish on YouTube as the platform has a much bigger audience, and this could potentially help raise more funds.
Of course I do not own any copyrights of the tracks featured in those mixes, but I’d imagined that any copyright claims on any of those tracks would generate revenue (even if extremely little) to the relevant artists through monetisation (ads) of the video.
This would actually make a lot of sense. The artists/their representative get their share, the more streams the more revenue (still very little of course) for those artists, and the more funds and donations can potentially be raised through increased exposure.
However it is far from being that simple.
Most artists don’t actually own their copyrights, and even the ones who do are usually represented by publishers who – usually – collect the ad revenues and eventually transfer them accordingly (after taking their share of course). Not ideal, but better than nothing at least.
What I didn’t anticipate is that some of these publishers choose NOT TO monetise the video (and hence to not collect income), preferring instead to BLOCK THE VIDEO FROM BEING SEEN WORLDWIDE.
No one gets paid, no money gets raised. Who benefits from this?
CD Baby has done exactly this on the aforementioned mixes, as the company happens to represent the rights of 𝐌𝐢𝐧𝐢 𝐑𝐞𝐜𝐨𝐫𝐝𝐬, the label which is home to many Haitian artists I’ve included.
Here’s how they described themselves:

“largest global distributor of independent music, the largest publishing rights administrator in the world, one of the most trusted names in the music business, and the go-to educational resource on topics such as music marketing, rights management, and more. CD Baby is proud to work on behalf of 700k+ recording artists, helping them build a better bridge between their creativity and all the revenue sources they need to start or sustain a successful career in music.”

When I received the copyright claims telling me the video got blocked, I reasoned that this had been done automatically through bots, and that if I were to raise a dispute and explain my case with a 𝘩𝘶𝘮𝘢𝘯 𝘣𝘦𝘪𝘯𝘨, surely the copyright strike would be taken down. After all, what’s the point of FORBIDDING people from hearing the music in question, artists from getting paid, and funds from being raised, when there is a system in place (even if biased towards big companies) that can identify the music played and assign the royalties in question to the matching publishers and label owners?
I disputed the claim, explained the case in details (there is a category loosely defined by YT as 𝐅𝐚𝐢𝐫 𝐔𝐬𝐞, whereby a user can use (sic) copyrighted content in certain circumstances. Nothing is really clear, but if Fair Use doesn’t come into play in this particular case, when would it ever be?

How this benefits the artists, let alone the people in need in Haiti, is beyond me. Talk about a (yet another) double whammy.
YT and CD Baby are only parts of the problem here, but it’s a big one. Copyright law is so outdated it’s beyond ridiculous. One would think that it shouldn’t be too difficult to implement a system whereby the artists can get a fair share for their works, be it through a standalone clip, a DJ mix or any video using copyrighted material!
Categories: Blog, Music, NewsBy Cedric08/10/2021Leave a comment