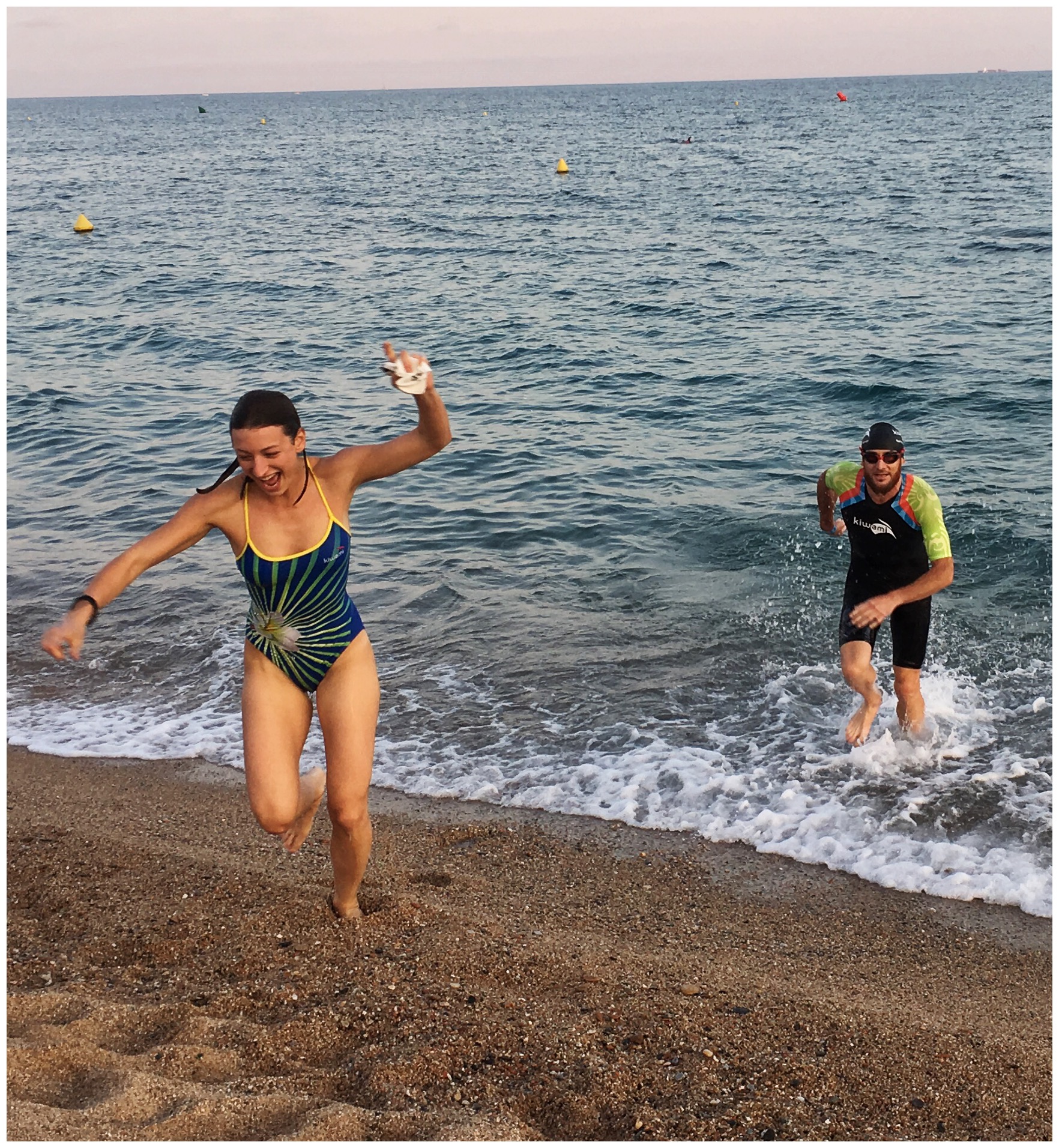 Exactly 2 weeks on post IM Barcelona and having done no exercise whatsoever since I crossed that finish line, I find myself watching the World Champs in Kona in a  rather emotional state. Of course I can totally feel the pre race nerves on these athletes, the anticipation of a great battle ahead, but mainly I can’t help seeing MYSELF there. Thinking, as they start exiting the water and I recognise some athletes I usually swim with, I would have been in that group, I would have done this and that…but I am NOT in Kona. I will never get to race that race. Not only that, but I will not be racing in the pro ranks anymore at all. This is a decision I took at the beginning of the season and it’s been a long time coming, but it seems like I had somehow buried this thought in the back of my brain up until this point. And now, as the athletes reach the turn around point at Hawi the realisation is finally hitting me and it’s a tough one…

Of course as I explained before, qualifying to Kona as a pro was more of a dream than any sort of rational reasoning, but it’s a dream that kept me hard at work on the HT and in the pool all year, that kept my motivation high even after the lows of IM New Zealand and a couple of bad injuries had hit me almost back to back (pubalgia in Feb/March followed by a stress fracture in June), to the point that I still believed I could go to Maastricht or Kalmar in mid August and qualify at the last minute (for info, I ONLY needed to win that day to do so, and with no run training to boot). That is how delusional I was, even if I was fully aware about it.

Once the cut off date had passed however, I accepted my fate (sic) and decided Barcelona would be my last hurrah as a pro athlete. Not because it has a course that is exciting or that suits me, but mainly because it’s a convenient race for me to do in terms of date and location. My summer was filled with weddings and festivals and wild nights every single week-end (it was the 3rd summer of love afterwards), and I’d only been running for a few weeks, so my only ambition was to possibly have a PB there (having never done a fast flat race before), and most importantly to enjoy myself.

I enrolled Silvia and my mum to come with me, I raced 70.3 Weymouth 2 weeks prior to blow away the cobwebs, and here we were in Callela, some 50km north of Barcelona; I could feel it was going to be a good week-end. My legs were shaved and shiny for the first time ever (!) and looking sharp (!!). I still had some ambition but was very relaxed and put very little pressure on myself. When I tore a whole side of my wetsuit just minutes before the start, I panicked for a minute but rapidly put myself together, anticipating the possibility of having to get rid of the suit halfway through the swim, and thinking this could make a good story in the worst case.

Turns out I had one of the best (and easiest) swims of my career, managing to stay comfortably in the 2nd pack and emerging out of the Mediterranean in 50:30, only 2:30 minutes down on the leaders (not just any leaders, them being big fishes like Pousson, Costes, Graves, Philips, etc). Never did I find myself so close to the lead after an ironman swim, and to compare with the 6 minute deficit I had in Weymouth over half the distance a couple weeks beforehand (!). Go figure. This seems to indicate that all those PBs I posted in the pool this past months were not such a struck of luck after all. Just in time for my last race! Most importantly this meant I was in the mix and I would have some companions for the long ride ahead along the coast. Even better, I quickly realised after pushing the first 15k or so that I was in the wheels of Joe Skipper and Marc Unger, some serious über bikers that is! The group quickly became smaller as we picked up and dropped a few guys, including the legend that is Hervé Faure, multiple winner of Embrunman and IM Nice. I knew very well that this was a great opportunity and I had to hang on to these guys for as long as I could. I was in 3rd wheel most of the time, took a quick turn at the front at some point but really I was quite a few watts down on these guys. At around the 50k mark I left a gap which was then bridged with a big surge by Daniel Niederreiter. I thought I’d lost the train but luckily (inexplicably!) one of the official motorbikes jumped in front on me and somehow allowed me to slowly get back in the group, towing Lucas Amirault along the way.

(For the record I could also see that the front motorbike was sheltering the 2 leaders throughout the 2nd half of the ride, which is a MASSIVE advantage…)

On a similar note, this race has a reputation for being a drafting paradise and indeed it is. In the age group race, there were unbelievable sights of packs of hundred riders riding in peloton, Tour de France grupetto style, to the point that some riders must not have given a single stroke on the pedals during the entire race! Ironman has a lot to answer for this as they ‘let’ (sic) way too many people (3000) on a flat course with 2.5 loops. In fact it would be near impossible NOT TO draft… 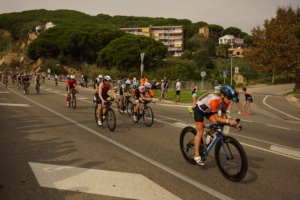 I can count on one hand the number of times I rode in a group in an ironman race, and I could fully experience first hand how uneven it can be. You can be full gas for 20k then find yourself freewheeling for a couple minutes before having to surge again. Yo yoing big time. Generally I had no problem following uphill and in the (many) technical bits around the numerous roundabouts, but I really struggled on the long flat straights of this course. After about 80k just before the end of the first lap we could see that the leaders (a pack of 12 riders including Costes, Billard, Graves, Philips or Diederen) were less than 3 minutes ahead. This meant we were riding at the same speed! Apart from IM Japan, I had never been so close to the lead of an ironman at this point of the race! Unfortunately this is exactly the point where I decided to crash on the turnaround (still not sure why), losing a good minute, a bit of skin and all my nutrition in the process. I would go on pursuit mode for the next 10K, pushing hard and seeing my ex companions really not far ahead, but all I could do was hold that gap and after a while I just had to slow down and accept the fact that I would ride on my own the last 100k. Which is exactly what happened, the rest of the ride being rather uneventful. I was never in trouble, but still I lost 9 minutes in the process! 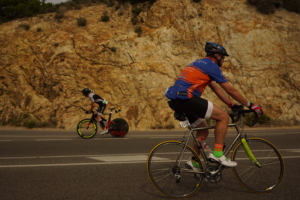 When I arrived solo in T2 I wasn’t sure where I was in terms of rankings, but I knew I rode under 4:30 and that I was on track for a nice PB! I spotted Silvia and my mum as I got out of transition who told me to ENJOY it, and that was the best reminder ever. The legs weren’t smashed but not great either, and after about 5K I could tell it could be a tough one. The last time I ran more than 23k this year was at IM Lanzarote back in May so this played in my head a bit also. I caught Lucas around the 10K mark, we had a lil’ chat and ran together for a few Ks, before I hit a rough patch and was on my own again for a while. Just after the halfway mark the legs came back a bit, I caught Graves and we had a nice lil’ chat (him telling me he was ‘honoured” to share a bit of my last race  – what a gentleman) before I moved up and caught Lucas again. That’s ironman for you right there. Alternating highs and lows all day long.

In the end my run went as follows: feeling good for 10k, then down to a jog for the next 10, then good again for another 10, then grinding my teeth to the finish. I had another impromptu little chat with an athlete whom I lapped, before he ran up to me and chatted me up about my cousin whom he knows back in Québec, before disappearing again. Quite eventful this marathon! The final kilometres were tough but I took them as my lap of honour, embracing the pain and all. As I was getting ready to shake hands and cheers along the finishing chute I saw that an athlete was just in front of me! I sprinted instantly by reflex and felt great (as I always did when I had to sprint at the end of an IM – feels good to open up the stride) while I got no response from the guy who turned out to be Sven Riederer, a 4 time Olympian, bronze medalist and all round triathlon legend! On top of that this allowed me to enter the top 10 (bar an age grouper…but they don’t count – see my comment above) and my overall time was a massive PB and sub 8:30 (8:28:59). Not a bad way to finish my career I’d say, ! 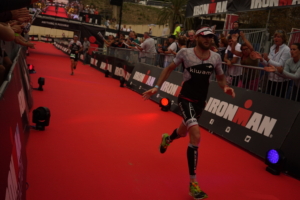 I finish writing this as Patrick Lange crosses the finish line in a record breaking time and once again I can’t help wondering where I would have placed in that race. Most likely a good 45 minutes to one hour later than the winner, but this wouldn’t have mattered, I just would have loved to soak up the experience. However we can’t always do/achieve what we want in life, and that’s part of the beauty of it. I will retire from triathlon happily, knowing that I have achieved/done a lot throughout this 10 year span, a nice chapter in my life which I will forever cherish. Triathlon took me by surprise and I embraced the lifestyle (well, some of it), but now I have many more dreams to chase and they won’t be in that field. I might attempt a fresh marathon at some point, maybe sign up for one iconic race or two (like Roth or Alpsman), but that will be with one third of the training and a whole different outlook.

Soon I’ll post another blog with a few numbers to recap my triathlon career. Big love to everyone who read thus far! 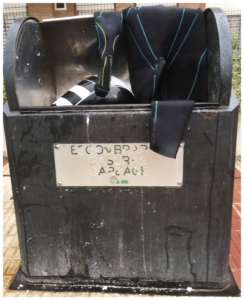 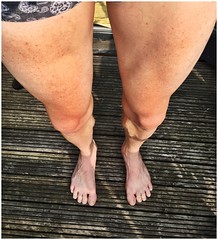 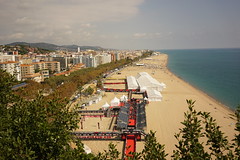 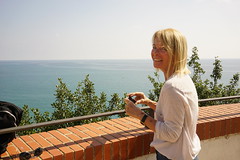 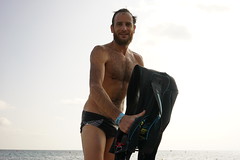 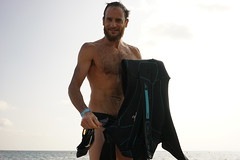 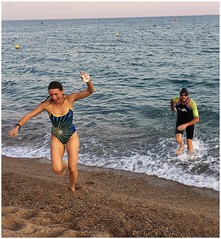 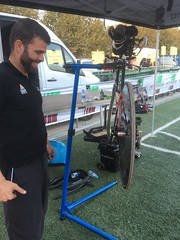 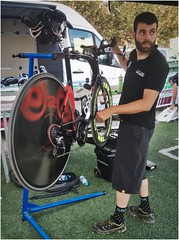 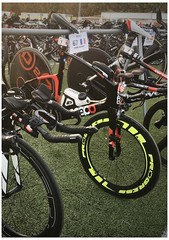