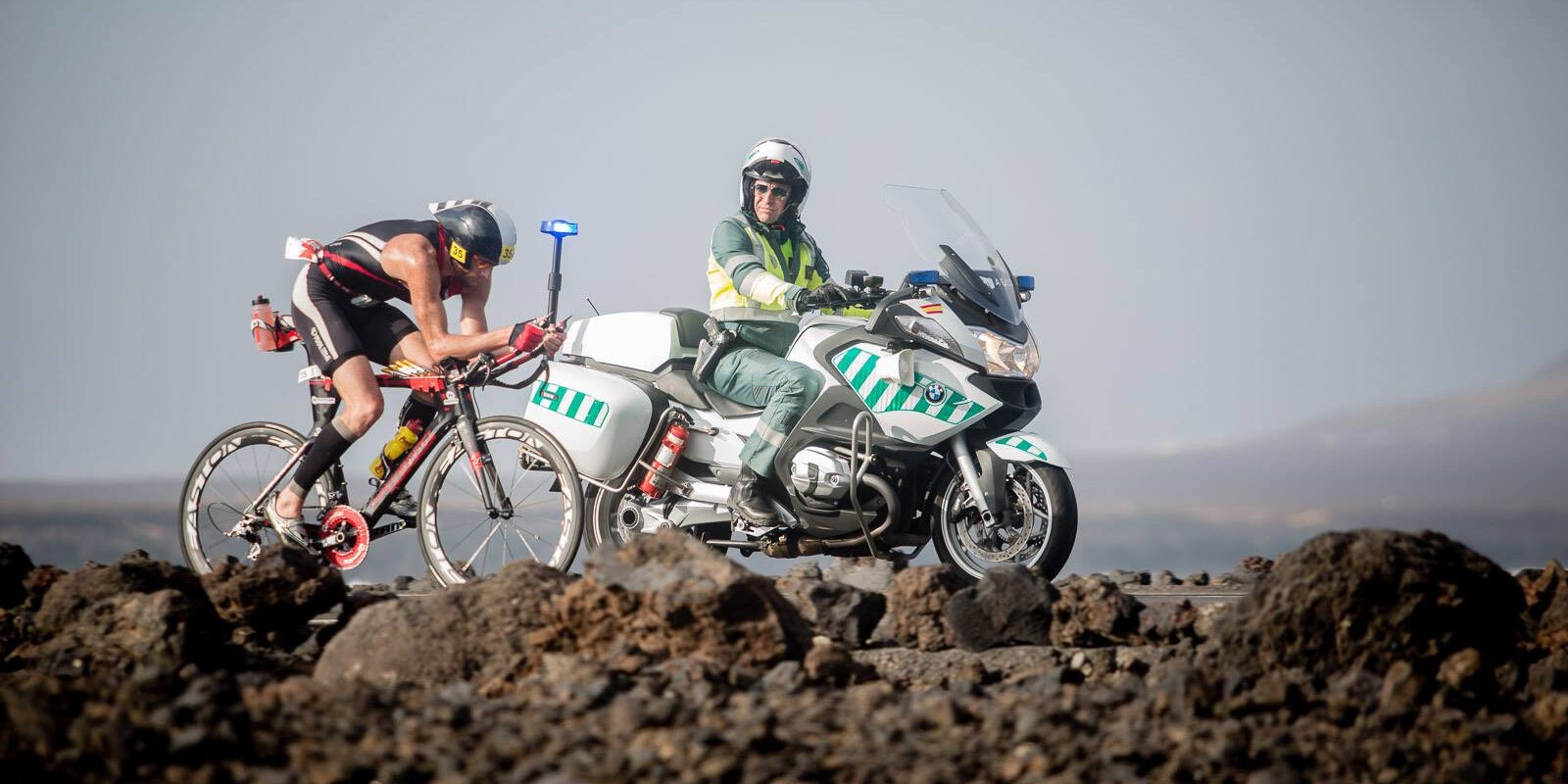 In 2013 I came here slightly injured, very unprepared, and had a taste of what this race had to offer: pain, by the buckets. Finishing the bike course was an ordeal that day, and I didn’t even attempt to run.

2 years later I was back with the determination to finish and hopefully even grab a decent result. With only 2 months of proper training under my belt, one long ride and a couple of medium long runs, it was quite a long shot, but at least I was healthy and mentally ready.

Welcomed on the island and treated like a prince by my friends Laura, Eamon and lil’ Carlito, in their magical house lost in the lava hills near a town called Florida, all I had to do was to focus on the race and make sure I didn’t ride in beach attire (sic). 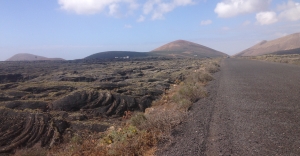 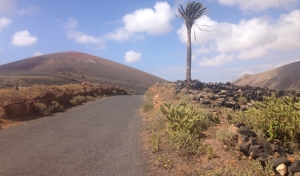 It was cold and windy when I arrived, the kind of wind you always forget can exist until you come back to Lanza. Forget about the hats.

On race morning everything was ready and I was surprised I hadn’t forgotten anything. Hats, goggles, shoes, watch, tri suit, helmet,…all clear! Yavépluka.

The swim was fast (I mean the guys in front were fast); I was vaguely part of a group during the first lap, but mostly on my own during the 2nd. No drafting then so I focused on my strokes, never feeling easy but never too much in the red either. A bunch of speedy age groupers (who started about 20 meters behind us) swam past like maniacs, one of them even going through the whole field to come out of the water in first in just over 48 min! Impressive. It would take me another 5 min to come out, but that’s the usual price, and 53 min is actually a good time for me. 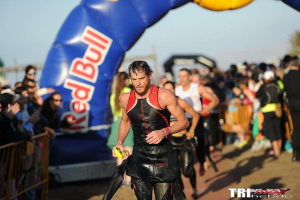 Long T1 of almost 4 min with sun screen being applied (the island was on red alert due to some nasty UVs coming through the ozone), and I started the bike in 31st position. By K40 I was in the top 20 and going quite well, always trying to remind myself not to get carried away too early. Riding on that road through El Golfo between the lava fields and the choppy ocean is always quite a trip. 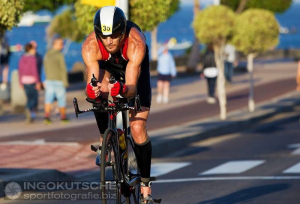 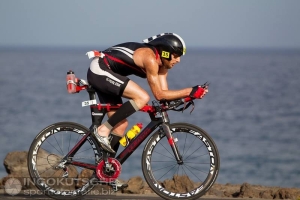 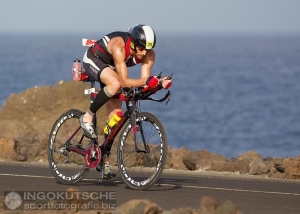 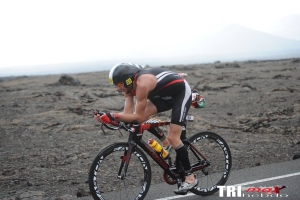 Up Fire mountains in the aero position into a massive headwind at 15kph could be a good definition of hell. Still I could see that everyone suffered, and I was still gaining ground. By La Santa I was in the top 15, some 12 min down on the leader. I could tell I still was in control, but being on my own into the wind throughout the climbs of Los Nieves and Mirador Del Rio took a toll on me. Again the wind was the main enemy here, I even almost got blown off on a couple of occasions. 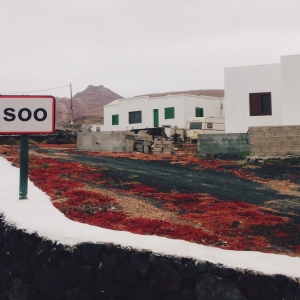 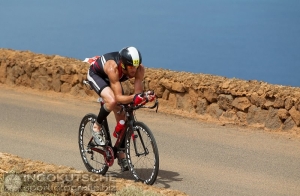 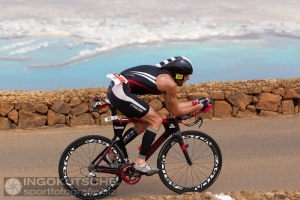 After the long 25k of descent with a tailwind (53/11 wasn’t enough), the right turn in Arrieta that leads to Nazaret is possibly the most difficult portion of the course. Not steep but again fully exposed and with some atrocious tarmac (colourful expletives of all kinds were flying out of my mouth by then) – this is just pure pain. I certainly lost a few minutes in barely 25k here, but I also went past Hervé Banti who was barely moving…Brutal! 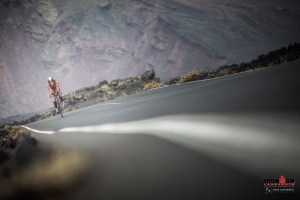 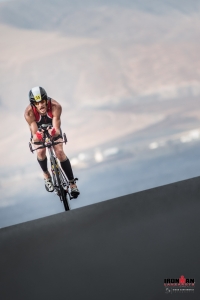 Still this was perhaps the 1st time that no one came back from behind to catch me on the bike, and my split was about 18 min slower than Christian Krammer’s day’s best, which ain’t too shabby considering I stayed some 5 hours and 23 min on the saddle! 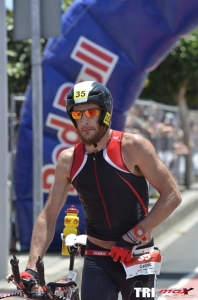 Starting the run in 11th I wasn’t moving really fast from the start, and never found a 2nd gear. I caught a few guys, some caught me. I considered stopping many times, but my confused mind managed to said no. Some parts into the wind I was running at less that 10kph and experiencing some deep moments of solitude. On the opposite I had a couple of times (usually after an aid station) where I felt quite strong. 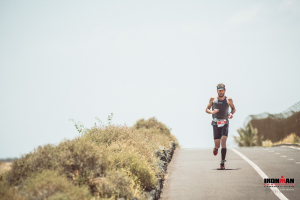 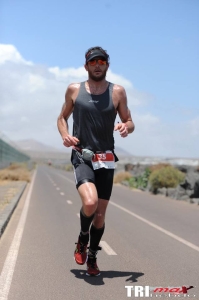 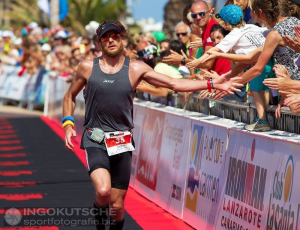 Generally it is fair to say that I ran to finish, very conservatively. 3h14 for a marathon is a very easy pace, I wasn’t gonna blow up. Doesn’t feel easy, but running 42k never is, whatever the pace.

So in the end I finished 10th overall in 9:39:15. Happy with the result but not elated. Still a bit short on the bike, and running to survive rather than to race. The big positives are that:

b/I learned more about myself and c/I finished in a relatively good state, and felt ready for more only a few days after the race.

Next stop is IM Nice in 5 weeks time, where my main goal will be to run a sub 3 hour marathon. There I said it.