“Sit back and relax while we blow through your minds”

[dropcap]M[/dropcap]y tastes can be traced throughout my musical and physical journeys. I started to get involved as a radio DJ/music coordinator at Radio Campus Clermont-Ferrand, France, in the mid 90s, a privileged position which quickly turned into a full time job. My original background in psych rock and all things Jamaican quickly expanded to hip hop, funk and soul as I started to play local spots and organising my own events around Clermont.

A one-year spell in New York City at the turn of the century introduced me to the magical worlds of The Loft and Body & Soul, as well as a new found love in (spacey) disco and cosmic music in general. A close friendship with mentor David Mancuso ensued; as a result, I have been part of the Lucky Cloud team who have been putting out the quarterly Journey Through the Light parties in London since 2003. David Mancuso sadly passed away in November 2016, but his spirit lives on and we will be carrying the flame for ever! 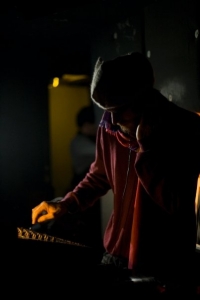 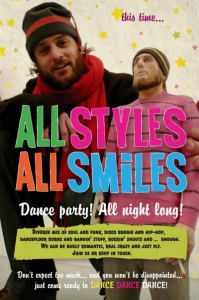 After settling down in London in late 2000, I co-founded the collective VOICES with kindred spirits DJ Alex and Ramar, and for the best part of a decade (the noughties) we’ve played and promoted deep house, balearic, disco music and all things leftfield with regular events across London using our very own bijou (Quested) sound system. In the later years we had the honour to hold residency at Plastic People, the city’s most revered club. The night was internationally renowned, having welcomed DJs like Daniel Wang, Joel Martin, Gerry Rooney, Gatto Fritto or Victor Rosado.

Throughout the years, I have developed a keen interest and knowledge in sound, attracted especially by the warmth of vintage analogue equipment. This led to the start a new night in 2005, BEAUTY AND THE BEAT, with co DJs/promoters Jeremy Gilbert and Cyril Cornet, which I usually describe as “organic psychedelic soul” (from Pharaoh Sanders to Patrick Adams, the Smiths to Larry Heard, Ebo Taylor to Jay Dilla, Jorge Ben to Lee Perry) played on an audiophile sound-system (Klipschorn and Tannoy speakers, Rogers Deluxe monoblocks and Mark Levinson amplifiers, E&S rotary mixer…). Almost 12 years on and we are still loading and unloading vans every months or so in a true sound system crew labour of love fashion. Without this core crew there would be no party, simple! This venture proved to be an instant success and through word-of-mouth (and a recent visit and props by no less than Gilles Peterson) has now reached cult status.

Having celebrated our 10th anniversary in style in July 2015, we took a step forward and released our first record (by our mates Soundspecies) on our brand new BEAUTY & THE BEAT label check our bandcamp here: https://beautyandthebeat1.bandcamp.com/releases), featuring remixes by Wolf Muller and Breakplus. The 12″ was a big success and sold out within weeks; we can’t wait to develop further our lil’ labour of love. We are about to release our 2nd record in the summer 2017, stay tuned! 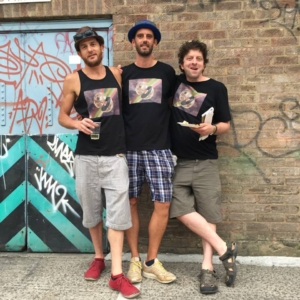 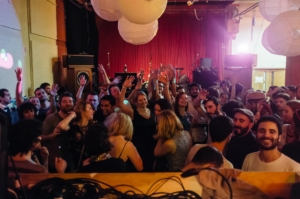 As well as hosting my own parties, I have been spreading love in basements in New York, Seattle, Moscow, Barcelona, Tokyo, Lisbon or Paris, alongside names like Kerri Chandler, Daniel Wang, Alex From Tokyo, Iori,…as well as at the seminal Balance club night at Plastic People alongside Abdul Forsyth, DJ Cosmo’s Cosmodelica, Nikki Lucas’ Future Fusion, Guynamite’s Boglewaltz or the (in)famous bigblackfagz parties. I was also a resident at the Beyond the Borders and Ghetto Lounge events @ the institution that is (was?) Passing Clouds.

My style is to play an eclectic mix of ambient, jazz, rock, dub, Brazilian, funk, afro, tropical, boogie, disco, deep house and other leftfield nuggets, obscure grooves and forgotten classics, linked and connected together in order to amplify emotion(s) and create an atmosphere of psychedelic heaven – my very own magic cosmic bubble.

On the side I also started crafting my own special re-edits soon after being selected for the Red Bull Music Academy in Seattle in 2005 and was the winner of the Mystery Mix competition in January 08 on the DJ HISTORY website.

To complete the circle, I have been hosting since 2007 a bi weekly show in full swing every other Sunday on the DEEP FREQUENCY web radio. The radio medium allows me to dig even deeper into my crates of 10000+ records  and select forgotten goodies and fresh beats that will form the TOURBILLON. All shows are available on the archives, currently on #183!

I am also part of the Brilliant Corners team, which opened in November 2013 the first audiophile venue in London, and has been building up a loyal following since then, with monthly events including Played Twice which bring a fresh approach to revered classic jazz recordings, as well as our very own Sarava! night.

Here is a recent interview and accompanying mix I did for the top quality music blogs Ransom Note, and Ransom Note.

In the fall of 2008 I spent a couple of months modelling a few hours weekly for artist Tomoaki Suzuki doing a miniature sculpture of a street fashion icon from the streets of E8 (sic).

There are lots of articles on Tomoaki out there; here‘s a good one.

This particular sculpture proved extremely popular, it was exhibited in London, Germany, Tokyo and in Paris where my mum saw it with pride. It was bought by Gerard Faggionato of the Faggionato gallery in Mayfair where it can be seen.