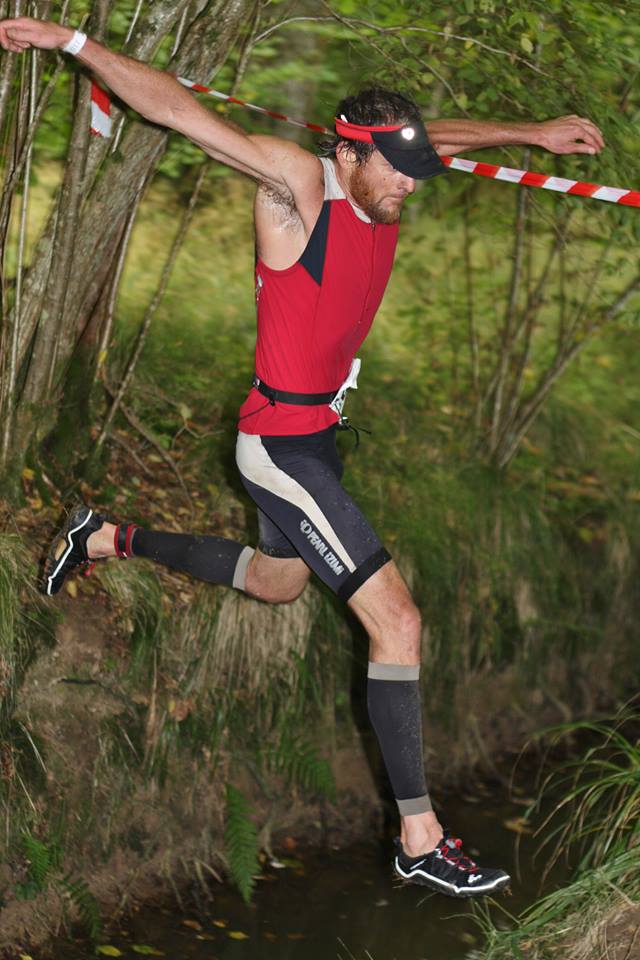 The 3 weeks between xterra Germany and xterra England weren’t the most exciting part of the year – I got the shingles (!) pretty much as soon as I got back to London, which meant a week of antiviral drugs followed by a week of antibiotics as one of the wounds got infected, together with a mix of ibuprofen and paracetamol every 3 hours or so for a good 3 weeks, and a few antidepressants thrown in for good measure (supposedly to kill the nerve pain, but these only succeeded in killing my brain…). The pain experienced from the shingles is debilitating, I’d forgotten how much pain one could endure for such a long time…I am yet to find out what triggered the virus, but it is likely to be a mix of general tiredness and a weak immune system…I didn’t know what the shingles were before, but I will make sure I won’t get them ever again !

I did attempt some kind of training during that time, but obviously the body wasn’t exactly happy as it was busy fighting for health. Gradually I became more and more tired as the nerve pain and lack of sleep really flattened me out. I had no other solution than pulling out of the Vitruvian but a week later I decided to still try to race xterra UK. Not only this was in Cranleigh, Surrey, less than 2 hours drive from my house, but this also happened to be the last xterra on the European calendar and after a DNF in Germany I needed one more finish to hope for a decent showing on the European tour classification.

After an almost sleepless night due to a mix of pain and itchiness, I thought I’d dive in and see what happens…one last gel mixed with painkillers and in I was, in the tropical waters of the Vachery Estate, ready for battle. Gun went off, Allen and Stannard did their thing without inviting anyone, and I tried to catch whatever feet I could find. Still I was in the red almost instantly and ready to pull out at the first buoy. However with nowhere to go I carried on, on my own for a bit, then Jacqui Slack came past and we somehow got back to the chase group ahead. This meant that despite swimming like a monkey I still got out with Luxem, Muller and Slack which was a lot more than I expected, even if i am under no illusion that this was thanks to the Speedo elite wetsuit more than my aquatic skills of the day…The bike course starts with windy technical single tracks reminiscing of cyclo cross racing, before opening up onto some flat and fast riding across fields. I quickly found myself in 3rd without doing much, with only Allen and Luxem in front. At least I was enjoying the technical bits, but with no power in my legs whatsoever it wasn’t long before Carloni, bike course designer and local hero Sam Gardner, and Guerra rode past me. I saw Sam jumping onto Hector’s wheel, I only needed 10W to go with them but I didn’t have any to spare…As they disappeared on the horizon I just concentrated on keeping my HR in check and getting to T2 without a mechanical. Nico Lebrun was right on my toes as I left transition (after losing a good 30 sec looking for my kit – someone had put his bike on my spot…), stopped by for a little chat, and I was nice enough to let him go knowing this was his last ever race in Europe as a pro – chapeau Nico, and I hope you’ll finish in style in Maui ! With a (still) busted achilles and a very unhappy body I could only limp/cruise to the finish line, catching François only because he has yet to learn how to run (in the words of “Kahuna” Dave, François “rides like the wind but runs like an old lady”, which is kinda true, François won’t mind me saying). I crossed the line in 6th, unexpected result in a race where I had almost zero pleasure…

Still I am glad to have done this, not only because this result put me in 5th on the final European standings (not that I am the 5th best off road triathlete in Europe, but at least I was consistent enough to be there), but also because of a great week-end shared with Nienke (who finished 4th of the race and also claimed a 5th spot on the circuit), François, Nico and the Organicoach crew, and the xterra fam. It was great to support this first-time race as well, clearly the fruits of a labour of love, and I’m sure this will become a classic on the calendar. 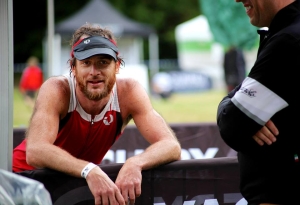 As I’m writing this I still haven’t done any form of exercise since that picture above and I reckon it’ll be another 2 weeks before I do so. Another year with no Maui, a very frustrating year as I’ve been injured and unable to run pretty much since January and never had one great race. Lots of pleasure taken from traveling to races and meeting people along the way though so once again it was all worth it. I have plenty of time to make plans for next year, but the main thing for me now is to refresh and nurse my body. I reckon some quality dancing could be the required cure. 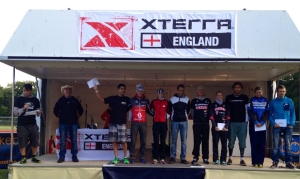