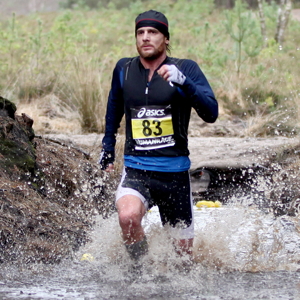 Running is my meditation…

This is what I’ve always told myself anyway…no need to go on a 10 day retreat or through the pains of daily meditation when I can go out and run in the woods for an hour. The state of mindfulness achieved through intense meditation is arguably very similar to the state of “being in a trance” that can be reached at the end of a long and repetitive endurance effort.

Can a trained runner produce as many gamma waves as a master Buddhist monk?

We can’t answer that one scientifically yet as Buddhists monks’ cerebral waves have been recorded but not sportsmen’s…The point is exercise can put you in a transcendental state similar to the unity of conscious perception achieved through meditation. Like meditation, sport is known to have a number of health benefits: stress reduction, mood elevation, and increased life expectancy of the mind and its cognitive functions, as well as a heightened sense of consciousness, bliss, and intellectual acuity.

So far so good…to a certain degree the goal is the same…except that the ultimate goal in meditation is indeed to not seek any goal at all. It is the path that matters, not the destination…This could be true for the endurance athlete that doesn’t compete, but for the pro athlete who wants to win and hence beat the others the approach is fairly different. Opposite actually. To be honest I have always been struggling with this very dilemma. Why do I strive to compete? While contemplative practice increases the quality of empathy and is practised to the benefits of the whole humanity, racing against others is only seeking to benefit the self, the ego…so running might be one (my) way of reaching a higher state, but racing for winning is a whole different agenda.

One to meditate on my next long runs/rides!

0 Responses to Running is my meditation…