After a long but stunning drive from Menaggioto

the Alpe, i made it just in time to still have some hope of fixing both my (warped) Easton carbon wheel and my (busted) left calf. Micro lesion at the Achilles/soleus junction is the verdict, too late to siriex the crying fibres, plan b being ionisation + local inflammatorry + deep cold to try to appease the pain. The guy was once the physio for the biathlon French national team and seemed very trustworthy indeed. The next day i got my wheel, jumped on my bike, rode down the Alpe, 15k down the valley and back up. 50’40” to climb up the Alpe, spinning the legs as much as possible, feeling great. I then ran 25′, pain very manageable and good overall sensations, confidence is back. Lunch, nap, (short) swim, physio, dinner, bed.

Race day: poor sleep but some sleep at least, beetroot juice in the stomach, we drove down to the lac du Vernet with plenty of time to spare. Temperature already hovering around 30ºC, not feeling exactly sprightly, but not too worried, the day is long and promising. Got an ok start, clear water straight away, but was in a group (incl Del Corral) that swam an extra 100m due to a buoy that shouldn’t have been there…the 1st 2 groups were directed the right way but there was only one kayak (!) so we took the long way…1 min added meant 5’30” down in T1 already. And paralysed by cramps in both calves and abductors, getting out of the lake was a mission. Not good. Out on the bike i missed the Del Corral express train after a (trademark) really poor T1, and so was on my own for the 1st (and only!) 25k of flat. I put on the turbo up the col de l’Alpe de Grand Serre, 15 odd kms at 7% gradient average. I do usually love that kind of climb, not too steep and long enough to do some damage. I caught quite a few riders including the 1st pro females who swam faster than everyone (!) but started to struggle a bit towards the end…I kind of knew something was wrong but still had some hope of some sort of miracle happening further on. I pushed rather hard on the downhill and false flats sections towards the col d’Ornon, passing D. With and Mr Gilles Reboul to place myself in 15th at the start of the climb. But I was cooked by then, could only spin up the top of the penultimate col. In Bourg d’Oisans I had to stop to stretch my abductors, and by now my only aim was to reach the top of the Alpe somehow to avoid a long walk. Game over. The climb was a long march of hell, and took me some 15min longer than the previous day when I was cruising…

Very disappointing day, probably due to a major dehydration issue, and hopefully lots to be learned from it.

The next day I went on a mighty ride that included the cols de la Croix de Fer, du Mollard, du Télégraphe, and du Galibier…6h45 on the bike, no cramps, good legs…go figure! 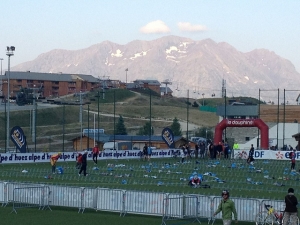 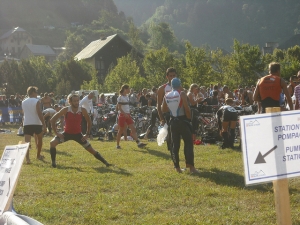 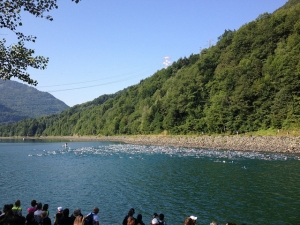 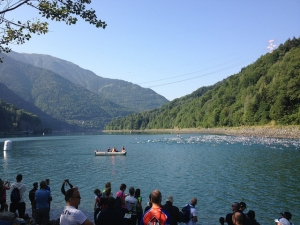 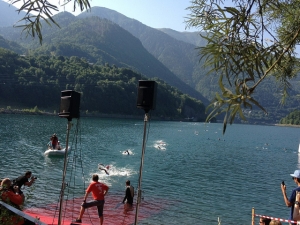 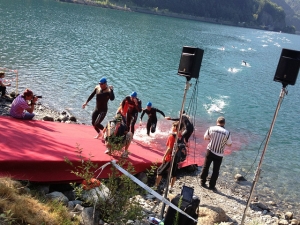 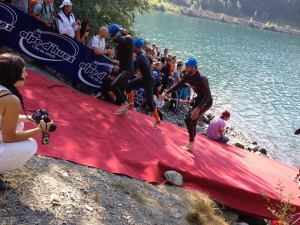 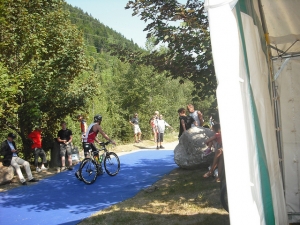 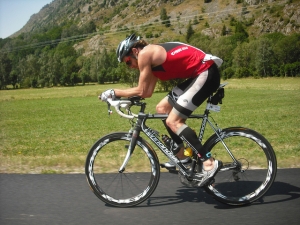 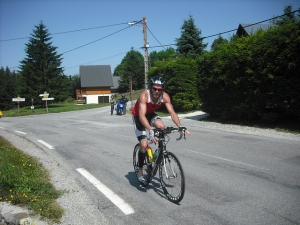 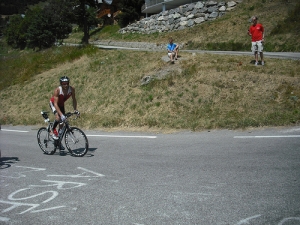 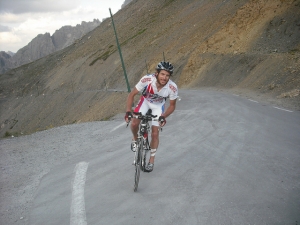 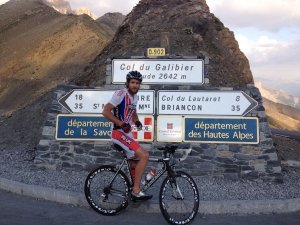 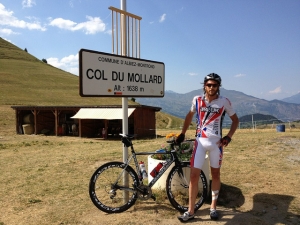 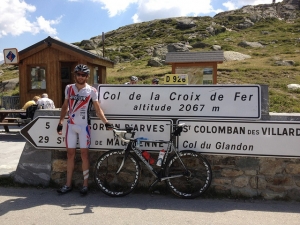 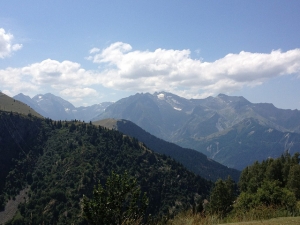 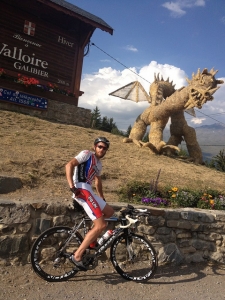 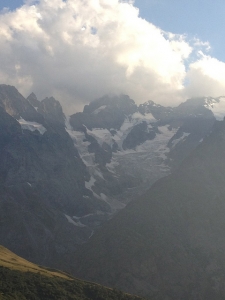