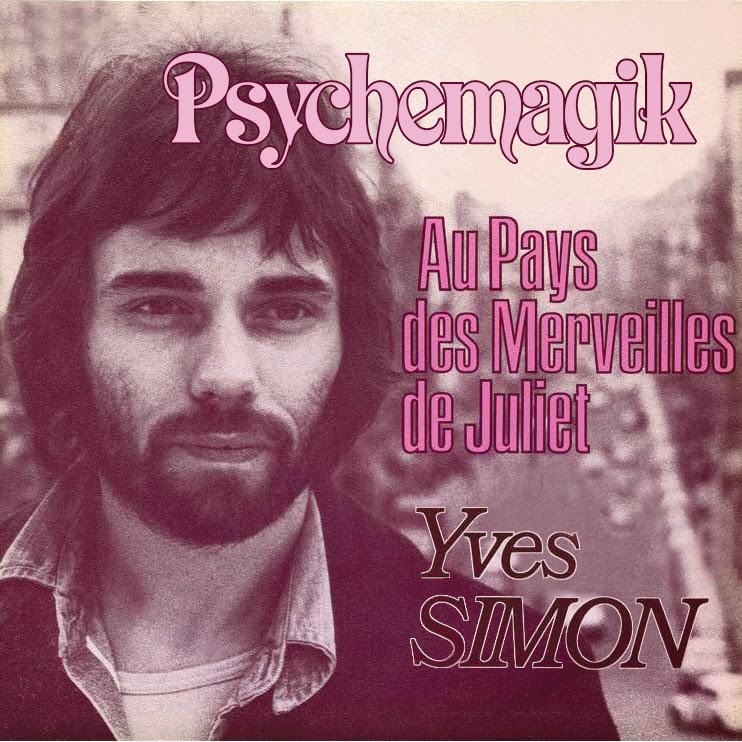 PS: I didn’t bribe Rob in any way for that last paragraph!

This was played quite a bit in the early days of the party, back in the infamous art gallery basement behind Waterloo station. We stayed there for a year and the parties were as wild as they get. Acid seemed to be dripping from the ceiling, literally, and Carl Craig’s machine’s got soul masterpiece embodied the spirit of the party perfectly.

Eddie Hooper / Pass It On

That tune has “end of the night” written all over it. It’s a unique blend of so many influences: from Samba-Soul to Disco with a Caribbean / Hawaiian feel. Today it sounds cosmic. The words are a lyrical call for self-realization; such a perfect way to end a psychedelic journey through sound.

“Pass it on” was also played for the first time during the 2013 NYE party. Great call for a new year to come.

Talking Heads / This Must be the Place (Naive Melody)

There are lots of classic Pop songs about passion, desire, infatuation and loss. There aren’t that many great ones about what love actually feels like when it’s working. This is one of them. A classic for us going back to the earliest days of pre-Beauty And The Beat house parties through to the close of our fantastic NYE 2013 party, and no doubt on into the future. Everyone knows it, everyone loves it. Not a dry eye in the house.

One of the big tunes of 2013, unashamedly feel good novelty pop music, in a good way, drunken Balearic chorus and all. We couldn’t get enough of it really.

“A song about a comedian, Jean Luc Godard, Pierrot le fou and Lewis Carol” as it says. One of the long term party classics! The words weave a dream-like charm in their psychedelic allusions, the feel-good chorus is beautiful and the groove is incredible. Our own international Juliette doesn’t always know what to do with all the attention she gets when we play this one.

The Grateful Dead tracks that get selected for Beauty And The Beat are normally rare live jams that show the Dead at their jazziest. This is quite different, a wistful, optimistic, clap-along Country-Rock ballad with no jamming at all, and a lyric which subtly conveys the band’s Alan Watts-influenced psychedelic philosophy.. But the groove is there all the same, reminding us that from start to finish, the Dead were a dance band. Interesting historical resonance: back in `80s Ibiza, Alfredo famously used to finish his all-night sets at Amnesia by playing the Waterboys’ ‘The Whole of the Moon’, a comparable exercise in sentimental Country-Rock mysticism. Well, not comparable, really… Waterboys vs Grateful Dead?…(I love the Waterboys / Rob)

All time fave right there, first aware of its killer groove as sampled by Gangstarr, but the original is just irresistible, oozing with sensuality. Does make me crazy every time. Madeleine’s cover comes very close too.

“It don’t mean a thing if you ain’t got that swing…”. Well, We’re taking about a dance party innit!

Aora / Out of that Rain (Dubaholics Vocal Dub)

Big up the London Massive! It’s not like we play a lot of UK garage, but if there had been more records like this one, then maybe we would: it really achieves the synthesis of rhythmic invention and emotional depth, erotic Funk and blissed-out delicacy, that so many tracks in that genre only gesture towards. A proper end-of-the-night tune, this only works during the last 90 minutes or so of the party; but in those early-hours, moments when it’s hard to decide whether  to  drift into Roots and Dub or go for one more wistful Disco tune, then this is just perfect.

Everyone knows and loves this tune, conscious Roots Reggae at is very best, classic amongst all classics, and a bona fide Beauty And The Beat anthem.

Sail-Joia / Go For the Others

A recent but instantaneous Beauty And The Beat classic. Mixed influences again: Pop Latin Jazz fusion we could say. This track has it all: it’s uplifting, the groove is infectious and the message embraces the party’s ethos. Phenomenal!

It’s Sun Ra. You can dance to it. That’s why Beauty And The Beat exists.

Beauty And The Beat is a party run, every couple of months since 2005, by a group of friends who met while working together as part of the Lucky Cloud Sound System, establishing David Mancuso`s London Journey Through The Light events. To quote their website “We wanted to put on a party that could feel as much as possible like a really great house party, while still being a public event that was open to everyone.” And again, “Beauty And The Beat is a full-on,  no-limits, all welcome, freeform psychedelic dance party.” They are big on psychedelic.

I`ve not had the pleasure of meeting the others involved, but Cedric is without doubt the coolest dude I have met in recent memory, I guess not least because he blew away all preconceptions I might have had about him. As I waited for him at Harajuku station, I thought about his Jazz heavy mixes, thought about his beard, then about the fact that he was a tri-athlete and I was about to take him to a very smoky and alcohol soaked bar to DJ. I was expecting him to complain about the air and refuse drinks in an aloof French accent, and look in disdain at the cheesy Pop records I had in my bag. He did neither. His barmy enthusiasm was as great if not greater than that of anybody, and he played easily the best set across all genres and all tempos that I have ever heard. It is not often that someone can play an Afro record, then a House record, then a Wackie`s Dub plate and have it work. He finished the night pulling out European  flea market 7s.