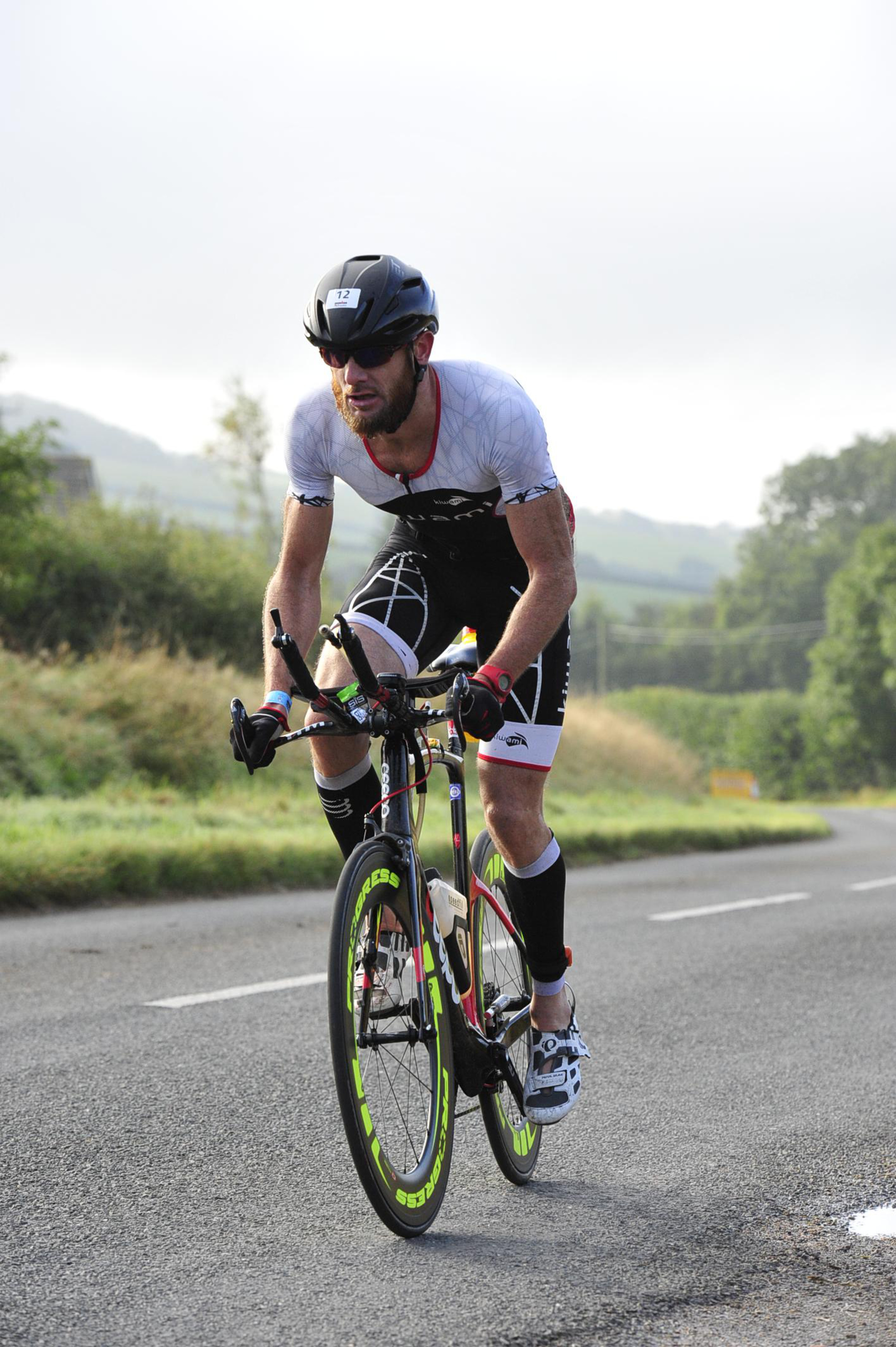 Being on the start line of the Weymouth 70.3 race, 3 months and a bit after my last race and only a month after announcing my imminent retirement, was already a victory in itself. Not that I expected much, having had only a few pain free runs and a training regime somewhat chaotic what with a summer filled with festivals and gigs (and ensuing sleep deprived week-ends) every single week. In fact I hadn’t had a week-end off partying since Japan in early June! But, having teamed up at the last minute with my mate and 70.3 novice Evgeny, here I was back on the Jurassic coast nonetheless, planning to use this race as a good training day that would hit the reset button on and turn me into a triathlete again, albeit for a short amount of time. Because yes, Ironman Barcelona is only 2 weeks away, and as previously explained this will be my last race as a professional athlete. 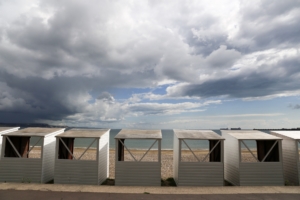 I was in good shape here last year, finishing 7th despite a puncture, and this time around I hoped to have at least a good swim and bike, since I’d been feeling good in training (to the extent of beating several PBs in swimming)! However, things didn’t quite turn out as planned on race day. Not that the cold bothered me too much (at least not once we got going), but the waves surely did! They came as a surprise as well since they were nowhere to be seen in the warm up area just meters from the course…The dash to the 1st buoy was rough, I suddenly remembered how bad I was at swimming against the waves as I seemed to swallow a big chunk of the Mediterranean with almost every breathe. I was hanging on at the back of the pack, though drafting in these conditions is pretty much impossible. At the first buoy I went off course for a bit and then lost contact…I found it really difficult to see anything, and was feeling somewhat isolated. 10 minutes in and I still hadn’t settled into any kind of rhythm (like I would in pretty much every race), my stroke looking pretty much the opposite as the long and efficient one I thought I had mastered in the pool these last few weeks. But swimming in open water, especially rough water, is a whole other shebang. As I finally reached the 2nd turnaround buoy I again misjudged the turn and aimed to the shore but somehow AWAY from the arch I should have been sighting for. After a few animated discussions  with the safety kayak, I finally realised where I had to go, found the arch and even a few buoys, and I was back on track. On my own and really far behind though, having lost 6 minutes coming out of the water! Usually that’s what I lose on a full IM, not on a 70.3!! But I must have swam a good 300m more that needed. Irony is I felt I was swimming well on the return leg; however I was going the wrong way…

From that point the race became a somewhat different affair. I had hoped to ride in a group but found myself in no man’s land, just me, myself and I far behind the leaders. No other option than pushing (too) hard on the pedals, weaving frantically my frozen wet body around slowly awakening Dorset country lanes. It took me about 15K to finally find a pair of riders, one on the side of the road with a mechanical (!) and the other one unfortunately not strong enough to work with me. At about the 40k mark, a strong and powerful Finnish guy caught me unexpectedly (having had an even worst swim than me!) and I thought that was my chance to hopefully team up and make up some time. I stayed behind on the flats and descents and took turns at the front on the hills, knowing perfectly that I was riding beyond my limits but really I had no choice. Sadly after 10K or so the guy (Jarmo Rissanen) got a puncture and I was left on my own once again. And now my legs were blown. As I struggled to find some positive thoughts to keep me going, I had a glance of another rider ahead of me at the top of a big climb (which we somehow missed during the course recce, the course being different than last year’s) which gave me a nice boost. I soon passed him and we would eventually ride the last 15k almost together.

When I arrived in T2 I saw one guy leaving transition (meaning he was a good 3 minutes ahead) but no one else was even in sight. Running around the gravel with frozen bare feet wasn’t exactly fun and I must have lost another 30sec in the process (it would take me 30 min for my feet to come back to normal). I soon realised that the guys in front were too far for me to catch anyone, so I just focused on running with a good form at a pace that would not be too hard to recover from ahead of Ironman Barcelona. In fact the run leg was relatively uneventful, I ran comfortably in 1:20:50 without ever feeling any major pain, so this, at least, was good news. A couple of guys in front of me did pull out, which put me in 10th position at the finish line, and 13th overall.  Not the result I was hoping for, but this was insignificant as the main goal here was to put me back in the game. So roll on Barcelona! 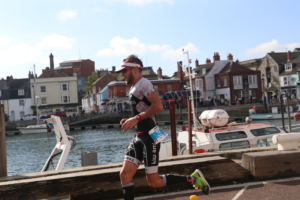 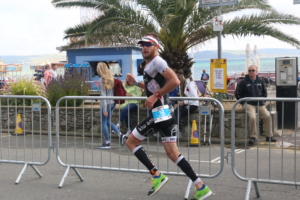 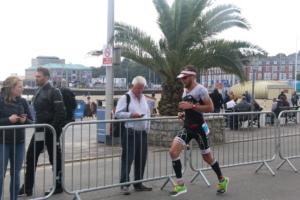 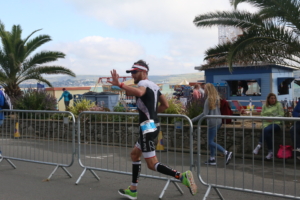 Pics (above) courtesy of Maria Voznyuk 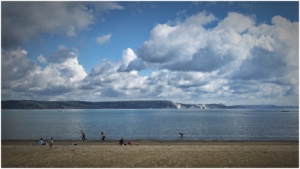